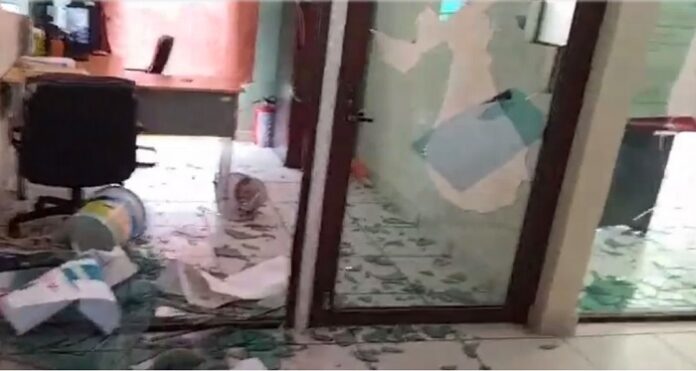 Residents of Chiautla de Tapia have violently demonstrated outside the municipal presidency, claiming the death of a young man at the hands, presumably, of local police.

According to the information, the residents assure that a young man, named Luis Ángel, would have lost his life at the hands of municipal police after he was arrested.

For this reason, they demonstrated in the streets of the municipality, reaching the mayor’s office, where they managed to enter by force, breaking in and setting a fire.

Unofficially, it is also said that they vandalized official vehicles, such as police patrol cars.

According to the first versions of the arrest, the deceased young man was secured on August 17 by municipal police agents, however, he refused to be transferred to the corporation’s offices.

Once inside the building, the officers would have beaten him, which led to his death in a hospital in Puebla, on August 30.

Given this situation, relatives and friends repeatedly demanded justice in the case, and the alleged sentimental revenge was thoroughly investigated.

However, on Sunday, September 4th, various groups of citizens took to the streets, headed for the town hall, and entered the premises by force, causing destruction.