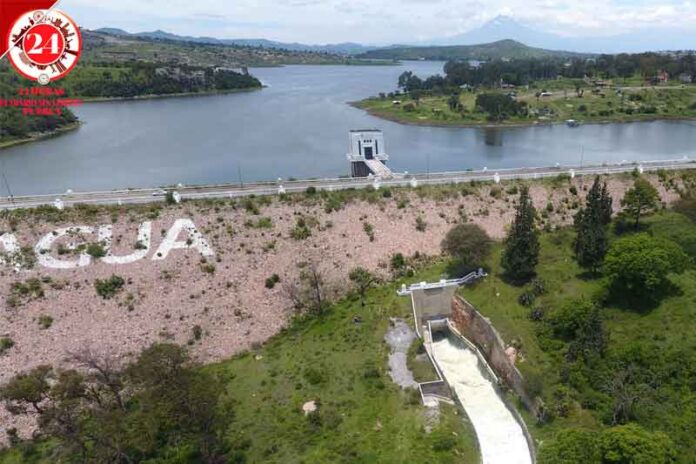 Governor Luis Miguel Barbosa Huerta reported that his administration is prepared to guarantee the integrity of the people of Puebla in the event of a possible overflow in the Manuel Ávila Camacho dam.

Authorities of the three levels of government in Puebla are on alert before the growth to 99.37 percent of the storage in the Manuel Ávila Camacho dam.

The state government reported that in the event of overflowing, more than five municipalities would be affected by water currents, so they prepare for any eventuality.

The dam comprises the area of ​​the Valsequillo lake, where the Atoyac and Alseseca rivers converge.

A high level of the Atoyac river would affect:

The Secretary of the Interior, Ana Lucía Hill Mayoral, explained that the monitoring of the General Coordination of State Civil Protection will allow the population to be kept informed to protect their safety and that of their heritage. Fortunately, he said, in the last 48 hours the presence of rains in the region has decreased and this situation reduces the risk scenario.

However, Governor Luis Miguel Barbosa Huerta reported that his administration is prepared to guarantee the integrity of the people of Puebla in the event of a possible overflow.

In his morning press conference, he explained that a preventive opinion is drawn up to analyze the effects that could be caused by this fact in crops, schools, medical units, and homes.

And he recalled that they have trucks and bilge pumps to generate a prompt response in the event of an overflow.

According to the records of water collection that have been observed in recent days, it is possible that it reaches its maximum storage capacity of 100% and begins to discharge its waters through the Atoyac River (Alto Balsas),

What is the importance of the Atoyac river?

The Atoyac River is the name by which the Balsas River is known as it passes through the states of Puebla and Tlaxcala. It is formed in the Sierra Nevada, in the state of  Puebla; however, it enters the territory of the state of Tlaxcala, from where it returns to Puebla to irrigate the extensive Puebla-Tlaxcala valley. In the south of the municipality of Puebla, it is dammed in the Manuel Ávila Camacho dam, also known as the Valsequillo dam.

However, despite its importance, it is contaminated by 50 municipalities of Tlaxcala and Puebla, which discharge their wastewater into the open air, and by at least a thousand industries that do not have treatment plants or do not work properly. This has caused that this tributary has at least 25 harmful substances and is a source of infection that causes diseases such as hepatitis, cancer, and cholera.

In the latest technical report,  released by INEGI, it is emphasized that, in recent years, the environmental contrast caused by industry and social development has polluted the river’s waters.

What diseases are currently related to the Atoyac River?

The Government of Puebla has recently warned of the dangers of having contact with the waters of the Atoyac River, among which illnesses that range from mild to severe, but which can generate sources of infections in various sectors, stand out.

If you came into contact  with river waters, or you think someone close to you did and have symptoms such as:

You should go to the nearest health unit, because among some of the diseases related  to the Atoyac river  are:

For more efforts that have been made to conserve this river, the Atoyac currently represents a health problem for the population due to its contamination.