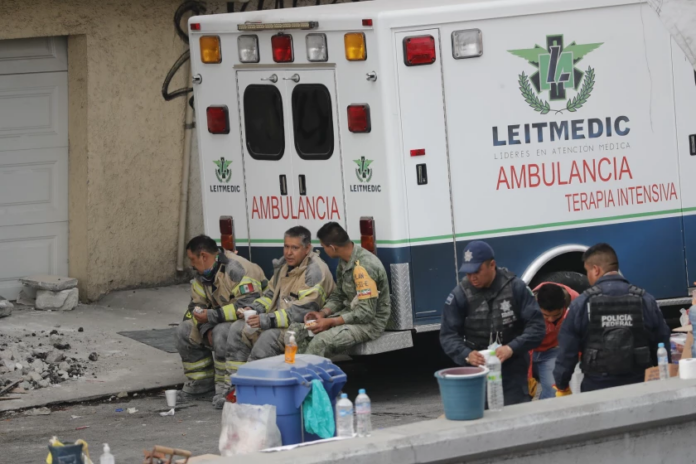 An explosive device was detonated this Friday at the entrance of a house in the Mexican state of Puebla, in the center of the country, an action that only caused material damage, local authorities reported.

The explosion was the second in central Mexico in less than a week after last Sunday in a restaurant in the city of Salamanca, Guanajuato state, which left two dead and several injured.

The authorities indicated that the incident occurred in a neighborhood near the Central de Abastos of the city of Puebla, the capital of the state with the same name.

According to the first indications, recorded by a surveillance camera, a person walked towards the house marked with a package in his hands and then deposited it between a red vehicle and the front door of the house.

Moments later, the detonation occurred whose shock wave caused a wall to fall, as well as damage to the vehicle.

According to the emergency services, the owner of the house was treated for a nervous breakdown, with no physical damage caused by the detonation.

After the events, state firefighters and Civil Protection personnel arrived at the scene to report the damage presented as damage to windows, walls, and the main door.

So far the authorities have not released whether there is any person detained.

On Thursday, the two responsible for the attack were arrested with an explosive that killed two people due to the explosion in a restaurant in Salamanca, in Guanajuato.

Two subjects aboard a motorcycle delivered a package wrapped as a gift to the owner of the establishment, Mauricio Salvador Romero, who received it accompanied by Mario Alberto Hernández, manager of the place.

When the alleged gift was opened, it exploded, killing both and injuring four people, including those who delivered it, who are dedicated to home delivery.