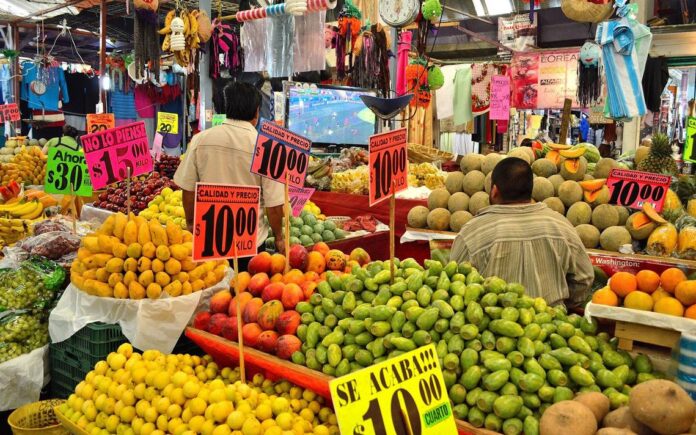 It will be until the first four months of 2022 when the increase in prices of the products of the basic basket in the state stabilizes: specialist

Between the second half of June 2021 and the first of July, the state of Puebla ranked third as one of the most expensive entities in the country, as it had inflation of 0.67 percent when the national average was 0.37 percent.

PRODUCTS THAT RISE IN PRICE IN PUEBLA

According to the National Institute of Statistics and Geography (Inegi), this situation caused the squash to have an increase in its price of 15.94 percent; the onion of 12.25 percent; package tourism services 4.05 percent; and LP gas 4.01 percent.

The corn tortilla also had an increase in its cost with 1.54 percent; beef with 0.72 percent, new cars with 0.69 percent; and packaged soft drinks with 0.56 percent.

It should be remembered that Marcos Gutiérrez Barrón, professor and researcher at the Faculty of Economics of the UPAEP, announced at a press conference that it will be until the first four months of 2022 when the increase that has been registered in the price of products of the basic basket in Puebla.

Through the National Consumer Price Index (INPC) it was specified that the Puebla territory was only surpassed by San Luis Potosí (0.84 percent) and Guerrero (0.72 percent).

Regarding the cities with the greatest variation in their prices, the capital of Puebla obtained fourth place with 0.71 percent, when the national average was 0.37 percent.

Given this situation, it registered annual inflation of 7.09 percent, which is 3.09 percent above the figure estimated by the Bank of Mexico, which is 4 percent.

For its part, Izúcar de Matamoros reached 17th place out of 55 cities in the country, as it had a biweekly variation of 0.50 percent, for which it reached annual inflation of 6.68 percent.

At the national level, the Inegi report recorded a variation of 0.37 percent in the first 15 days of July, so annual inflation was 5.75 percent.