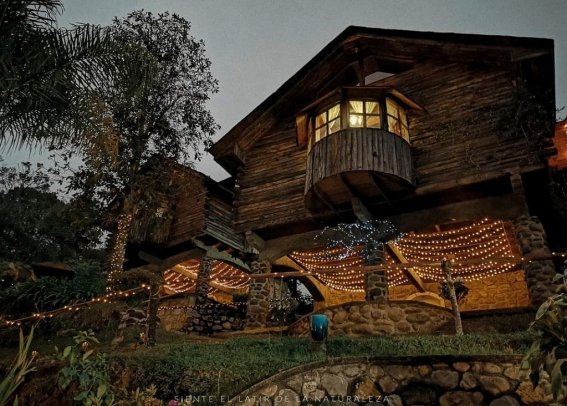 In 2015, Huauchinango was recognized as Magic Town by the Federal Ministry of Tourism for the surprising beauty of its landscapes, made up of rivers, waterfalls, and oak and pine forests. In addition, the municipality has a wide variety of tourist activities and offers incredible experiences for its visitors.

Huauchinango is a city in Huauchinango Municipality located in the far north of the state of Puebla in central Mexico. It is located in the rugged Sierra Norte de Puebla mountain region, filled with peaks, ravines and rivers that form waterfalls.

The city is home to a locally venerated image called the Señor del Santo Entierro (Lord of the Holy Burial) and also to the area’s main commercial fair, the Feria de las Flores, which promotes the area’s flower production, especially that of azaleas.

The city of Huauchinango is located about 141 km north from the state capital of Puebla with a driving time of about four hours due to the rugged terrain. As of 2010, the city was classified as medium-sized with a population of 56,206. The main activities of the city and surrounding areas are agriculture, commerce, petroleum and electricity, especially floriculture, with the growing of azaleas, dahlias, violets and others. Many of these can be seen in the city’s plazas and other green areas.

The historic center of the city is marked by traditional architecture with its pitched roofs covered in red tile and iron-railed balconies. The interior of a number of these structures feature ceiling roses or soffits, most of which date from the time of the Mexican Revolution.[3]

The center of the city is the Plaza de Armas main square with the main streets of the center all leading to it. The plaza is filled with gardens and walkways and surrounded by some of the most important buildings. One of these is the municipal palace with a façade with two sets of arches, of which the upper set serves as a balcony

The main church is the Santa María de la Asunción Temple. It is easily seen by its 84 meter wide and 25 meter tall cupola. Next to this structure is the old monastery complex in which is an important image of a buried Jesus called the Señor del Santo Entierro. Many miracles have been attributed to this image in the region.