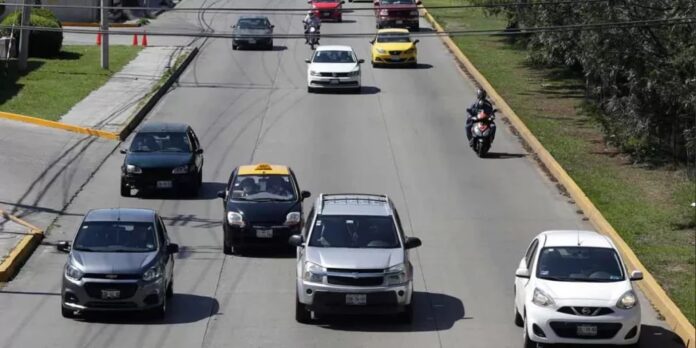 The authorities determined that the movement restrictions will be in 21 municipalities as of December 1.

The Puebla authorities approved the application of the “Hoy No Circula” measure in cases of environmental contingency, although it will not apply throughout the state, but only in 21 municipalities, in addition to the fact that fines will be applied in case of not complying with the provision.

The Ministry of the Environment, Sustainable Development and Territorial Planning (SMADSOT) determined that this vehicle restriction enters into force as of December 1 in cases of high levels of contamination.

In which municipalities will the “Hoy No Circula” be applied in Puebla?

What cars will stop circulating in Puebla?

Monday: vehicles with yellow stickers and license plate numbers ending in 5 or 6.

Tuesday: vehicles with pink stickers and license plate numbers ending in 7 or 8.

Wednesday: vehicles with red stickers and license plate numbers ending in 3 or 4.

Thursday: vehicles with green stickers and license plate numbers ending in 1 or 2.

Friday: vehicles with blue stickers and license plate numbers ending in 9 or 0.

While the cars that carry plates made up exclusively of letters, this program will be applied, the day that the vehicles that have blue stickers do (which corresponds to the end of plates 9 or 0).

How much will the fine be in Puebla?

It was determined that those cars that do not respect the measure will be subject to a fine that can range from 20 to 30 UMAS (1,924 pesos to 2,886 pesos), in addition to being impounded, where the vehicle must remain until pay the corresponding fine.

Where does the “Hoy No Circula” apply?

According to the Megalopolis Environmental Commission, the “Hoy No Circula” program is applied in the 16 CDMX Alcaldias and 18 municipalities in the State of Mexico.