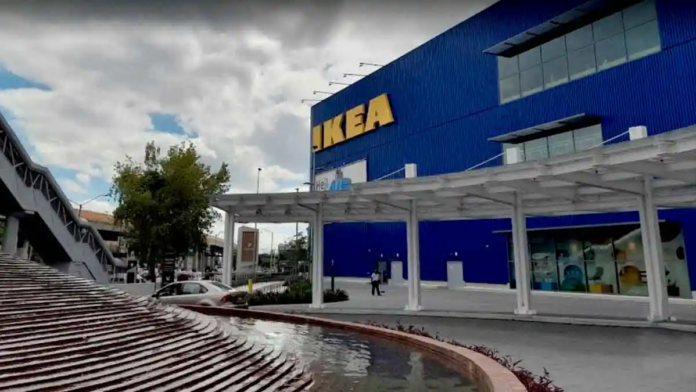 The furniture retailer has sought alternatives, such as locating local suppliers, to reduce waiting times and transportation costs for the goods it imports from Europe and Asia.

IKEA is close to cutting the ribbon for its second store in Mexico, which will be located in the Vía San Ángel Shopping Center in the city of Puebla, after a few months of delay. The opening, which was scheduled for the first quarter of this year, occurs in the midst of a context of inflation that has raised the costs of moving goods. But the Swedish firm has a plan.

Arnar Eidskrem, store manager of IKEA Puebla, said in an interview with Expansión that the delay in the inauguration was only to ensure that the conditions of the store, in general, were ideal, unlike the unit in Oceania, which was interrupted by the health emergency.

IKEA has looked for alternatives, such as locating local suppliers, to reduce waiting times and transportation costs for the goods it imports from Europe and Asia. For example, they have opted to purchase products made in Mexico, such as mattresses and beds, which are manufactured in Saltillo, Coahuila, in a plant that is in the process of increasing its production capacity.

“Now we are in a much better situation and we continue to make progress. When I check out this store, I see all the shelves completely full. Therefore, I am very confident that we will be able to have a very good availability (of products) for the market”, added Eidskrem.

IKEA continues to look for opportunities to add more Mexican suppliers to strengthen the supply chain in the country, meanwhile, with the current local production network, it has managed to improve inventories. However, there are still shortages in some categories.

“We have about 4,800 items in store available for buyers to take away immediately, but the total range of products is 6,580 available in total,” Eidskrem said.

In addition to logistics, the inflation of raw materials has led to an increase in product prices. IKEA announced a 9% price increase in December last year.

“Now that we open the store, the prices are already set. We always seek to put them as low as possible, however, we are part of the financial landscape, and analyzes will be made to raise or lower the prices, depending on the situations,” said the executive.

The new IKEA store in Puebla has an area of ​​11,000 square meters, distributed in 49 room settings: spaces where the furniture and decoration items of the Swedish company are shown so that customers can get an idea of ​​what they would look like in their houses and apartments. In this second store, IKEA will also have a restaurant to serve 267 guests.

Malcolm Pruys, director of Ikea in Mexico, encouraged last year that the Swedish chain would seek to open new physical establishments in the cities of Guadalajara and Monterrey, in addition to Puebla, although the progress in the plans for the other two cities has not been revealed.

“Like all retail, we are experiencing inflation, and economic challenges around the world. But we will move on,” says Eidskrem.