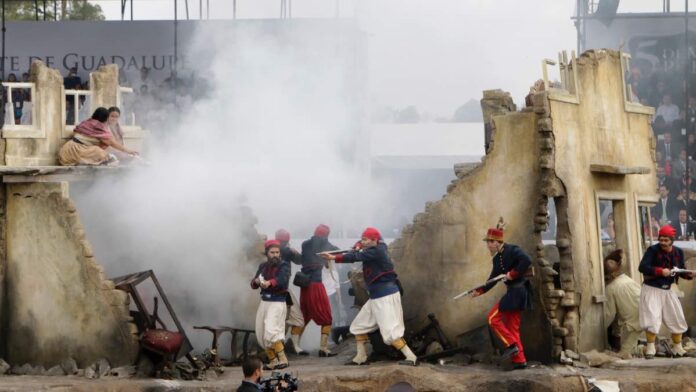 Only two out of 10 poblanos know the year in which the Battle of May 5 occurred when the Mexican army, under the command of General Ignacio Zaragoza, faced the French army.

Within the framework of the commemoration of the 160th anniversary of the Battle of Puebla, Alcance Diario asked the citizens who know so much about the history in which the Puebla entity participated.

During a tour of the Zócalo of the City of Los Angeles, when asked, do you know what year the Battle of Puebla took place? , the citizens immediately replied that they did not know the year.

Some recalled that the moment of the fight between the Mexican army against the French is commemorated, some that it was an important date for the parade, and others just because it was May 5, but the year was forgotten.

Among those interviewed, only two people keep in mind the year 1862 as the date on which the battle in which Puebla participated to defend the country from the trench took place, which is part of the historical richness in the area of ​​the Forts, mainly.