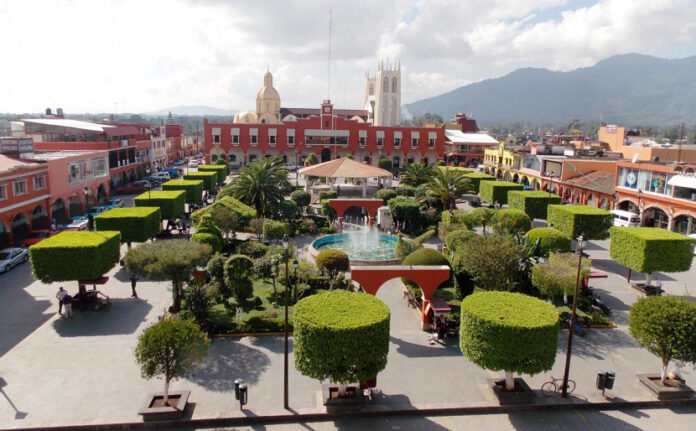 In 1862, when the Battle of Puebla was about to take place, a handful of mountain people, under the command of Miguel Negrete, attended this victorious joust in the history of Mexico. Upon their return to Xicotepec, they decided that if the constitutional order established that Villa should be promoted, the surname of the illustrious president Benito Juárez should be attached to it, which is where the name Villa Juárez comes from.

In Xicotepec coffee is the most important product, and “Xico” is the number one coffee producer in Puebla, you must have a coffee in the portals of the Magical Town.

If you want a great view of the town, you have to climb the hill of “El Tabacal”, where the monumental Virgin of Guadalupe is located, an image 20 meters high.

Virgen de Guadalupe, one of the most important festivals in this Magical Town takes place on December 12 when the inhabitants of the town come before the monumental image of the “patron saint of Mexico” on the hill of “El Tabacal”.

Spring Fair, takes place during Holy Week (March or April), this fair stands out for its livestock, floriculture, and coffee exhibition.

Fiesta de San Juan Bautista is celebrated on June 24 and the main festival is held in Xochipila.

The municipality of Xicotepec de Juárez is located in the northwestern part of the state of Puebla. Its boundaries are to the North with Jalpan, to the South with Juan Galindo and Zihuateutla, to the West with Zihuateutla, and to the east with Tlacuilotepec.