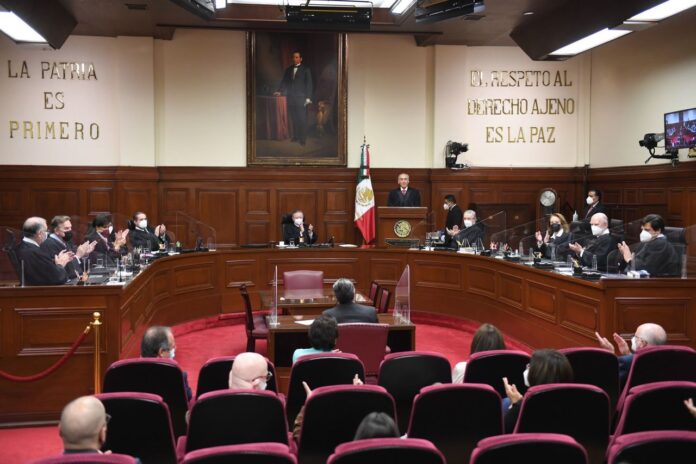 The Supreme Court of Justice of the Nation ruled in favor of the Ejidal Commissariat and the Nahua Indigenous Community of Tecoltemi and ordered the withdrawal of two mining concessions from the Canadian Almaden Minerals.

EFE.- The Mexican Supreme Court of Justice (SCJN) ordered this Wednesday in an unpublished ruling to withdraw two mining concessions to the Canadian Almaden Minerals in the center of the country after a complaint from indigenous peoples Nahua from Tecoltemi, in the central state of Puebla.

The five ministers of the First Chamber ruled in favor of the Ejidal Commissariat and the Nahua Indigenous Community of Tecoltemi because there was no prior consultation, based on article 2 of the Constitution and Convention 169 of the International Labor Organization (ILO) on Indigenous villages.

The concessions were granted in 2003 and 2009 to Minera Gorrión, a subsidiary of Almaden Minerals, which on its official website describes the Ixtaca Project as one for “gold and silver exploration in the Sierra Norte de Puebla” that “could become the first modern metallic mine” of that state.

The First Chamber, which left open the possibility of renewing the concession if consultation rights are respected, for now, agreed with the residents of Tecoltemi, who oppose the project for fear of running out of water.

“There is a conventional obligation for all Mexican authorities to carry out the necessary mechanisms or procedures that make effective the right to prior, free and informed consultation of indigenous peoples,” the sentence warned.

The ruling occurs amid growing scrutiny by the Mexican government, of Andrés Manuel López Obrador, of foreign mining companies, particularly Canadian ones, which it accuses of evading taxes and affecting communities.

Since López Obrador entered the presidency in December 2018 with the promise of not granting more concessions to the mines, the proportion of the national territory concessioned to mining has been reduced from 10.64 to 8.59 percent.

However, the First Chamber refused to declare articles 6, 10, 15, and 19 of the Mining Law unconstitutional, as the indigenous inhabitants of Tecoltemi claimed, due to the “domain” and rights that they grant the nation over mining resources.

The magistrates agreed that “the complaining party is not right in that the contested articles are unconstitutional” with the argument “that they violate their right to dispose of, use and enjoy their territory.”

“The regime established by article 27 of the Constitution on minerals owned by the Nation is clear in establishing the exclusive power of the Federation to apply the modalities that are necessary for the use of mineral resources,” determined the SCJN.