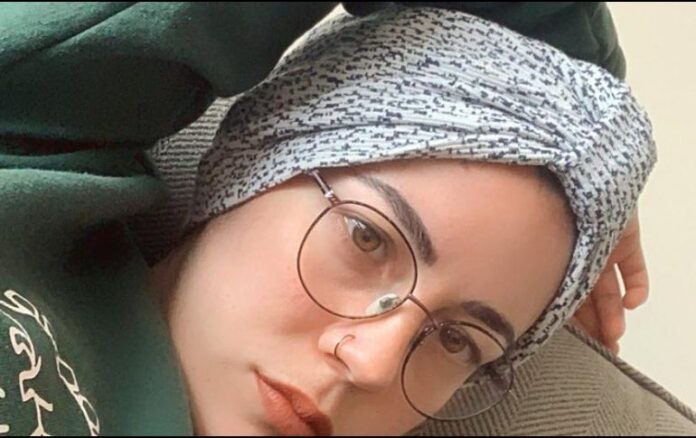 Paola Schietekat was sexually abused in Qatar, but the authorities of that country ended up accusing her of having an extramarital relationship.

Paola Schietekat went from victim to guilty in a second. The Mexican lived her dream while working at the Organizing Committee of the World Cup in Qatar when she was sexually abused, but instead of punishing the aggressor, now it is Paola who faces a sentence of seven years in prison and 100 lashes.

Paola recounted on social networks that the attack occurred on the night of June 6, 2021, when a friend and member of the Latino community in Doha entered her home without permission and abused her.

To avoid forgetting any details, Paola took photographs of the blows she received in various parts of her body, and with that, she went to the authorities and to the Mexican consul in Qatar to file a complaint. Little did she know that a new ordeal would begin.

“Hours later, I had bruises all over my left arm, shoulder and back. I kept a cool head: I told my mom, a colleague at work, and documented everything with photos, so that my memory, in an attempt to protect itself, would not minimize the events or completely erase part of them. And I reported.”

Once the complaint was made, Schietekat was summoned again before the authorities where she had to confront her aggressor, who claimed that he and Paola were dating and that the sexual relationship was consensual.

The testimony of the alleged aggressor was enough for Paola to go from victim to guilty because in Qatar extramarital relations are a crime, called Zina.

“Everything centered around the extramarital affair, while under my abaya, the robe I was recommended to wear to look like a ‘woman of good morals’ followed the markings, purple, almost black. My lawyer hardly spoke. In the end, I had to hand over my phone, unlocked, to the authorities, if I didn’t want to go to jail,” Paola said in an article.

“The disappointment of not having foreseen that the case could be turned against me, because we live in a world that seems to hate women”

And as if that were not enough, her lawyer and the legal representative of her attacker suggested that she marry him to avoid being convicted.

Fortunately, Paola managed to leave Qatar, thanks to the help of Human Rights Watch and the World Cup Organizing Committee itself, and return to Mexico, where she was when she found out that she had been sentenced to seven years in prison and one hundred lashes. while his attacker had been acquitted.

Schietekat has denounced that at no time was she supported by the Mexican authorities in Qatar and only received help from journalists who have sought to make her case go viral.

The inaction of the Embassy of Mexico

“The other error is more delicate and has to do with the lack of a protection protocol for victims of violence with a gender perspective in the Mexican Foreign Service. During my process, I observed little, or rather, no preparation of the Embassy to act in my defense. None of the diplomats spoke even a bit of Arabic, but they also had no knowledge of local laws,” he added.

Although they connected her with a translator, by cell phone, after three hours of questioning with the police, the consul advised going to the last resort without knowledge of Qatari law and without even recommending seeking legal advice first. They processed the visa so that her mother could arrive in Qatar, although it would have been more useful for her to pay attention to all the faults that were carried out by the Qatari police.

“It would have been more useful if protection had been sought from the local authorities when I reported that my aggressor continued to harass me. My mother and I felt completely abandoned by an Embassy whose consul answered ‘well, close the door well’ in the face of threats from the aggressor”, he complained.

He denounced an embassy that has a minimal consular protection workload, given the few more than 600 Mexicans residing in Qatar, and asked: “How will that same Embassy serve the thousands of Mexican men and women attending the World Cup?”

He pointed out that, in 2020, the adoption of a feminist foreign policy for Mexico was announced, but a stalker was appointed as Ambassador of Mexico to Panama, and in the face of the wave of protests, the response hides behind the crudest of legality: “ Where are the complaints?

From his point of view, the complaints are sometimes there, dismissed by human resources personnel, by first responders who discredit the facts, minimized by institutions that abandon us when we most need their protection and accompaniment.

“They don’t realize that the complaints are written on the clotheslines, that the same names are repeated, written with different letters. But it also happens that the denunciations come very late, two, five, ten years later, because the process of getting rid of fear, guilt, and shame is hard because getting the strength to point to a powerful man and denounce him with a firm voice It is an act of courage, because as long as we live in a world that seems to hate women, complaints either do not work, or are questioned, or arrive too late to proceed, or even criminalize you, “he added.