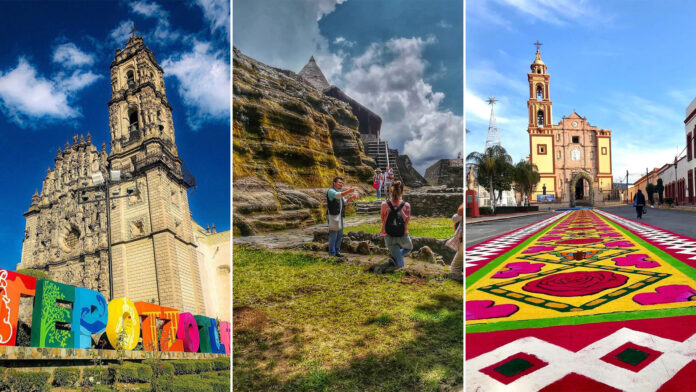 Mexico will attend the First International Tianguis de Pueblos Mágicos that will take place in Barcelona from April 22 to 24.

The Ministry of Tourism of Mexico will launch a plan for the international promotion of the Magical Towns with a first fair to be held in Barcelona (Spain) next April.

The Secretary of Tourism, Miguel Torruco, announced this afternoon that with the international projection of the Magical Towns, these destinations are intended to be “the new tourist face of the country.”

Torruco explained in a statement that the First International Tianguis de Pueblos Mágicos will be held from April 22 to 24 in Barcelona, ​​with 32 pavilions and a large space for the sale of handicrafts and gastronomic samples, among other attractions.

Mexico has a total of 132 Magical Towns registered that offer all kinds of attractions to tourists from local cuisine, handicrafts, the environment and historical places.

The fair in Barcelona will begin, according to Torruco, an international promotion that will continue in America, Asia, and Europe.

The Magical Towns program is one of the oldest and most successful of the Mexican Ministry of Tourism by “creating a distinctive brand that influences the travel decisions of millions of tourists who seek inland options as an alternative to the well-known sunny destinations. and beach”.

Mexico came to be in 2019, before the start of the Covid-19 pandemic, as the seventh country in the world in influx of tourists.

The tourism sector is in full recovery after losing in 2021 about 25% of the Gross Domestic Product (GDP) due to the drop in travel due to health restrictions, according to data from the Inegi (National Institute of Statistics and Geography).

The Secretary of Tourism explained in Madrid that the country still does not reach the standards of 2019 when Mexico closed with 45.2 million international tourists and a spill of the order of 24,600 million dollars.

The Ministry of Tourism actively participates this week in the Fitur 2022 International Tourism Fair in Madrid, with a pavilion of one thousand square meters with the presence of states, municipalities and tourist destinations, in addition to the Mayan Train as one of its main attractions.