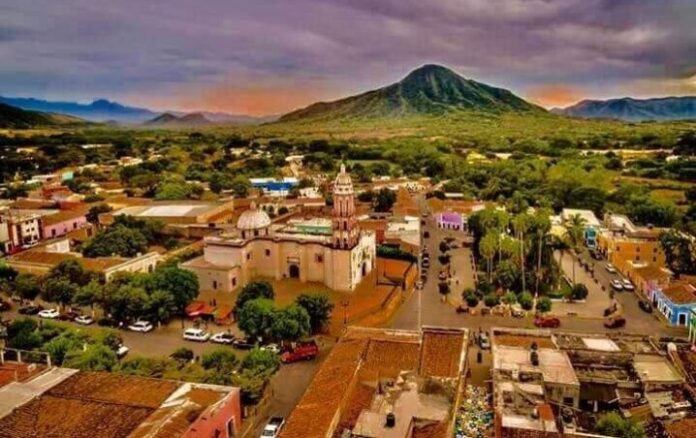 The volcanoes of Sinaloa are located on the ring of fire, a volcanic chain that this year has registered great activity

Sinaloa.- Are you one of those who have wondered if in Sinaloa an eruption could be registered in one of the state’s volcanoes after the recent volcanic activity in other sites of the ring of fire?

Do you know how many volcanoes there are in Sinaloa?

If these questions hover in your mind after the eruptions that have put the willies around the world, we have some answers for you.

The Pacific ring of fire is characterized by concentrating some of the most important subduction zones in the world, causing intense seismic and volcanic activity in several countries with coasts in the Pacific Ocean, and Sinaloa is located just above the ring of fire.

In Sinaloa, 11 volcanoes have been identified, called “dead volcanoes”. However, this does not mean that they cannot be active in the future.

Among these is the Cerro Cabezón volcano, located in the north of the state, between the municipality of Ahome and Guasave.

The Botamanea volcano, which is located in Badiraguato next to the Comedero dam on the border with the municipality of Culiacán, is near the Pericos Mocorito receivership.

The Sierra de El Tecomate is located in the coastal region on the border of the municipalities of Navolato, Culiacán, Mocorito, and Angostura, in addition to Cerro de Mahoma and Cerro de la Mona, which are part of the volcanic structure that originated the coastal elevations of Angostura, Mocorito and Navolato.

The Mármol volcano gave rise to the Cacaxtla Plateau and although its crater and its location point is undefined in the cartographies, being on the seashore has geological cuts on the beach with cliffs in Barras de Piaxtla, San Ignacio, and Mármol belonging to Mazatlán.

However, there is also the Alarcón volcano, which is within the category of active or living and is located 3,300 meters under the Sea of ​​Cortez in front of the beaches of Altata, Pone, and Ceuta in Sinaloa and very close to Los Cabos in Baja California Sur.

In the last two months Sinaloa has had a lot of seismic activity, because between the receivership of El Dorado in Culiacán and La Cruz in the municipality of Elota it has trembled 3 times this September, but in the month of July, the municipality of Ahome it was shaken by an earthquake like El Fuerte in August.

THESE ARE THE 12 ACTIVE VOLCANOES IN MEXICO AND SOME OF THEIR CHARACTERISTICS:

Bárcena. It is located in Colima, in the Revillagigedo archipelago, 350 kilometers south of the tip of Baja California Sur and 720 kilometers from Manzanillo. Its last eruption was in 1952.

Ceboruco. In the mountainous area of ​​the state of Nayarit. It reaches an altitude of 2,280 meters above sea level (masl). The strongest recorded eruption of the Ceboruco was in 1870.

Citlaltépetl or Pico de Orizaba. Located in the territorial limits of the states of Puebla and Veracruz. It is the highest volcano and mountain in Mexico, with an altitude of 5,610 meters above sea level.

Colima volcano. At the limits of the states of Colima and Jalisco, it is currently the most active volcano in the entire Mexican territory. It rises to 3,860 meters above sea level. It had a small eruption in 2017.

El Chichón. It is located in the mountainous region that borders the municipalities of Francisco León and Chapultenango, in the northwest of Chiapas, about 75 km from Villahermosa, Tabasco. It was constantly activated in 1982.

Everman volcano. Located on Socorro Island, it is the highest point of the Revillagigedo Archipelago, Colima, located in the Pacific Ocean. It had underwater activity in 1993.

Toulca. Located in the State of Mexico, between the valleys of Toluca and Tenango. Its last recorded eruption occurred in 1330.

Paricutin. It is the youngest volcano in the world, since it was born on February 20, 1943. Located in Michoacán.

Popocatepetl. Located in the center of Mexico, in the territorial limits of the states of Morelos, Puebla, and Mexico and had less activity in 2016.

San Martín volcano. Located in the state of Veracruz. Its most recent eruption was in 1793.

Tacaña. On the border between Mexico and Guatemala, it had its last notorious activity in 1986.

In Mexico there are also volcanic areas, in which most of its inhabitants know the risks and prevention measures, since the activity of this type of phenomenon is very unstable and when they least expect it, these volcanoes could wake up after decades or even centuries of sleep.

Volcanic activity has always been present worldwide. However, so far in 2021, this has increased considerably, since 68 volcanic eruptions have occurred throughout this year.

According to data from the Smithsonian Institution, these 68 volcanic eruptions have taken place until August 19, in the first 8 months of 2021, 21 of them have started this year and 50 volcanoes have been found to be in a state of continuous eruption until that date.

In recent days, volcanic activity has also been reported near Reykjavik in Iceland, which, it is worth mentioning, lasted six months expelling gases, stones, launching the largest lava flow in 230 years in that country, for its part, the La Palma volcano located in the Canary Islands, which erupted yesterday, in which the lava has consumed 569 buildings and is now heading to the sea.

According to the report of the aforementioned institution in the week of September 8 to 14, in volcanoes in Japan, the Mariana Islands in the United States, and in New Zealand.