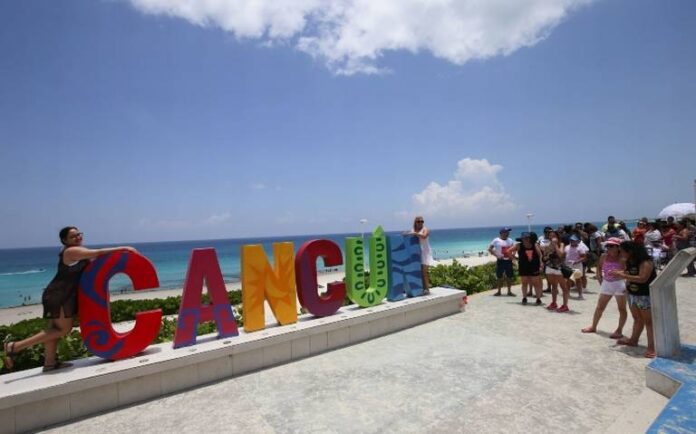 Due to graduation trips to Cancun, Quintana Roo, at least about 75 students from different places of origin have been infected with Covid-19, who are already in confinement.

The media, authorities, and institutions have requested an investigation into the origin of the outbreaks and the sanitary restrictions in the tourist center, while sanitary authorities carry out a case tracking among those attending trips to the coastal state.

Puebla students are infected with Covid-19

After at least 37 Covid-19 infections were detected in Puebla students, the State Secretariat began an intense case tracking to rule out more infections.

A list provided by the travel agency to the authorities detailed that 50 high school students traveled.

Its owner José Antonio Martínez García pointed out that six special care points have been installed to treat the group of young people.

For his part, Governor Miguel Barbosa said that the information regarding the group of students is sensitive and should be reserved only for the Ministry of Health, which is why he declared the incident as a “closed case” to avoid a “public lynching.”

Barbosa asked to be more responsible

In addition, the president asked to reflect on what happened in the face of the rebound in coronavirus infections and the danger that this represents for the general population and that could bring down the efforts that have been made to minimize the ravages of the pandemic.

“Learning is, really, to be more responsible in our decisions regarding our health care as this case is a serious risk of massive contagion.”

They search among infected cases of Delta variant

Likewise, the head of the State Executive pointed out that the tests that were positive are already being analyzed to rule out that it is the Delta variant of Sars-CoV-2, associated with a rebound in infections in other parts of the world.

For their part, the health and tourism authorities of Quintana Roo began an investigation to find out how the chain of infections to the students of Puebla began and in the same way they began the application of anti- Covid-19 tests to hotel personnel where they were the infected students hosted.

Marisol Vanegas, state secretary of tourism, said that the investigation consists of knowing if any of the students came infected and infected their other classmates or if they acquired the virus in any of the places they visited, so it is investigated what activities they carried out during your stay at this resort.

He stated that at least 280 hotels have special permits to operate with groups and up to 80 percent of their capacity, which are the largest hotels in Cancun and Riviera Maya.

The vast majority did not wear face masks

Tourism industry workers who detected the group of young Puebla students commented that the vast majority moved without face masks and gave them a reception in an improvised nightclub that is located in front of the Fire Station in the hotel zone since many of them were minors and could not access the famous nightclubs at the Party Center in Cancun.

Although in Quintana Roo the name of the hotel where the students were infected is kept hermetic, in Puebla it was revealed that the cost of the package to each student was 23 thousand pesos and that one of the lodging centers where the infected students were in the Grand Royal Park Cancun located in front of Isla Dorada.

What schools do the students belong to?

It was through social networks where the alleged educational institutions to which the students who participated in the trip to celebrate the end of the courses belong, among which the Instituto Oriente, Colegio Americano de Puebla and the Universidad Ibero Puebla stand out, among which others, because according to the State Secretary of Health, José Antonio Martínez García, the “beach celebration” in Cancun was organized by a society of parents from private institutes.

Although the aforementioned educational centers have not come out to confirm anything in this regard, they have not manifested themselves to deny the allegations.

Hotel workers are not vaccinated

The president of the Cancun, Isla Mujeres and Puerto Morelos Hotel Association, Roberto Cintrón Gómez, stated that it cannot be guaranteed that the Puebla students who visited Cancun last week have been infected in this tourist destination, and therefore said, An investigation has been started on their stay in the hotels, activities, and places they visited.

He argued that there are many factors that must be taken into account in this case of massive contagion, which is why action is taken to determine where they were infected, when analyzing the stay, since the virus has an incubation period, for what most of the time people can reach the destination infected.

“Remember that the Covid has an incubation period and it would be necessary to see how many nights these students were here because most of the time they may have arrived infected and their symptoms have manifested until they returned to their place of origin, no it means that here they were necessarily infected, there are many factors that must be taken into account to determine ”, said the hotel leader

He also recognized that the bulk of workers in the hotel industry, mainly between 19 and 39 years old, are not vaccinated, although many, he said, have already received the first dose.

They demand punishment for contagion from students

The Ministry of Public Education must define and establish responsibilities for the trip made by more than 500 high school graduate students to Cancun and of which 37 have been infected with Covid -19, said the president of the National Association of Parents ( ANPF) in Puebla, Alejandro Águila Argüelles.

In an interview with El Sol de Puebla, he said that due to the pandemic, any school outing must be authorized by the SEP through a supervisor or head of the sector, so the state agency must inform whether the trip was authorized or not.

He pointed out that if the Secretariat endorsed it, it must apply sanctions to the responsible personnel, and even if the trip had been made without permission, both the directors of the schools and the SEP personnel designated to supervise them would have incurred omissions for not preventing it.

“We will ask the Secretariat itself to call the supervisor to account because even if he has not authorized it, he has to be vigilant of these excesses in the schools. They will be very private but they are governed by the Secretary of Education, that is why REVOE are authorized from there, they don’t send themselves “.

Bolivian students are infected in Cancun

In addition to the 26 Bolivian students who were infected with Covid-19 last week in Cancun and who remain isolated and under medical supervision, this week six young people from another Bolivian student group joined, who remain isolated in a hotel, he confirmed to El Sol de México the manager of the agency Viajes Cuarta Dimensión, Mario Rodo, who has brought these groups of students.

Mario Rodo indicated that the new group of infected boys are minors, between 16 and 17 years old, and from the moment they were assessed the protocols were activated and they remain isolated in their respective rooms where they are quarantined and receive their three daily meals.

He specified that the first 26 students who were infected, a part remain isolated in villas in the Riviera Maya, called “Casa Romero”, and another group in hotels in Cancun, where they have been given the necessary support for their isolation.

Youth of students helps their health

He added that all the students have evolved positively, are in clear recovery, and have good oxygenation, since the strength of their youth has been decisive so that there is no complicated case.

Viajes Cuarta Dimensión hopes that the first group of young students who were infected in Cancun will be able to return to Bolivia next week, once their PCR tests are negative and their return flights can be rescheduled.

Because they are minors, he said, the confidentiality of the personal information of young people, some children of important businessmen in Bolivia, and also the name of the hotels where they have stayed and remain isolated is kept.

They lived with Mexican and Colombian tourists

The travel agency indicated that on June 27 the group of 45 people left the Viru Viru airport in Santa Cruz and that all the members were subjected to nasal antigen tests in a laboratory in the capital city of Cureña where they gave a negative result before leaving for travel.

The manager of the agency responsible for the group, told “El Deber”, a local media outlet, that he believes that the young people were infected when they were in Cancun and related to Colombian, Mexican, and other tourists.

Similarly, after a graduation trip to Cancun, Quintana Roo, at least six students from Durango have tested positive for Covid-19.

Recently, tests for Covid-19 were carried out on 100 young people from Durango who returned from graduation trips to Cancun and Mazatlán, and at least six of them tested positive, reported the director of state Health Services, Blanca Estela Luna Gualito, for which warned that at this time it is very risky to travel to beach destinations due to the increase in infections.

The official added that an epidemiological surveillance is already being carried out, since the patients present mild symptoms and remain isolated.