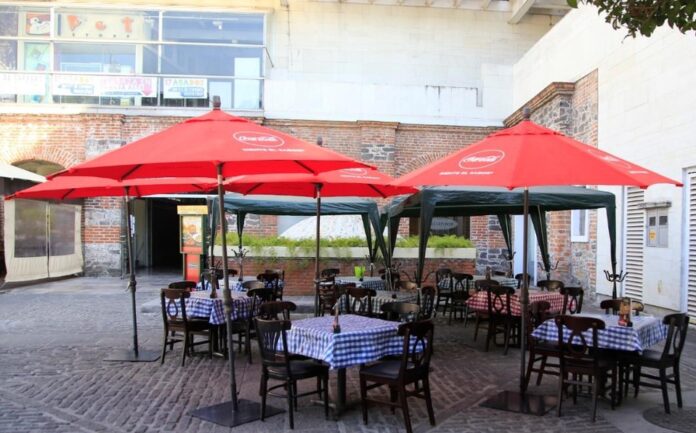 They will be installed in Avenida Juárez, La Paz, Huexotitla, Solesta and 31 Oriente, 9 Oriente and Paseo San Francisco.

The city of Puebla will become the third nationwide to have sidewalk seating so that restaurants can offer the service occupying the public thoroughfare with tables and umbrellas, so the requirements and criteria are in place to make this a reality. in the next, it revealed the secretary of municipal Economic Development Carmen Mireya Calderón González.

In an interview, the secretary told MILENIO Puebla that the owners of restaurants in the capital located on Avenida Juárez, La Paz neighborhood, part of the Solesta area, 9 East Street between September 16 and South 2, 43 West from 2 to the 9 Sur, Paseo San Francisco and Avenida 31 Oriente at the height of the Ecological Park on the Boulevard 5 de Mayo, they will be able to work with tables outdoors.

She highlighted that the first city to launch the terraces was Mexico City, followed by the state of Mexico, and in the next few days Puebla Capital to provide a boost to the economic reactivation.

In this context, he commented that the request of the council members was taken into account that this service scheme not only is allowed for establishments that sell prepared food in the heart of the city.

Given this, he stressed that different criteria were taken into account to determine the area such as the major concentration of economic units of this line, the area with a tourist vocation, significant mobility.

“In different studies, it is known that where there are bicycle lanes consumption in restaurants increases up to 300 percent, this was a technical criterion that was considered to determine the streets, so the combination of these elements of a bicycle lane and a strong presence of restaurants we consider that it can be important to detonate the activity of the tables on the air ”, emphasized the secretary.

Likewise, he specified that there are several stages, so the first was to determine the streets, the second is that the municipal Comptroller’s Office approves the guidelines that were elaborated in the Ministry of Economic Development with the participation of all the secretariats such as the Government, Treasury, and Mobility.

She explained that once the criteria are approved, an open call will be issued for these establishments to make their request and undergo a validation process.

Restaurants will have to meet the guidelines

The owner said that in recent days they made a tour on Avenida Juárez with the president of the National Chamber of the Restaurant and Seasoned Food Industry (Canirac) Olga Méndez Juárez, since it was determined that restaurateurs must respect a meter and a half distance between table and table, as well as tables for only four people, do not invade the pedestrian crossing, do not invade the ramps with disabilities, and the bicycle lanes, in addition, they will have to send the photograph of the facade of your business to identify how many tables you will be able to install and this information will be sent to the government, as it will be the agency in charge of processing a permit for the use of public roads.

President Canirac Olga Méndez reported that more than 30 of its partners are interested in working under the terrace scheme, but so far the city council has not provided information about the project.

In a separate interview, he specified that in the case of the Secretary of Economic Development Carmen Mireya Calderón González there has not been a meeting, so she said that there is a lack of openness towards dialogue.

She stressed that for three months they presented a project of this type of service scheme but so far there is no response from the municipal authorities.

The representative of the restaurateurs, specified that there are 24 restaurant owners located on Avenida Juárez with 64 umbrellas and 8 in the Huexotitla area.

CONAGUA says the Puebla sinkhole has a totally natural origin