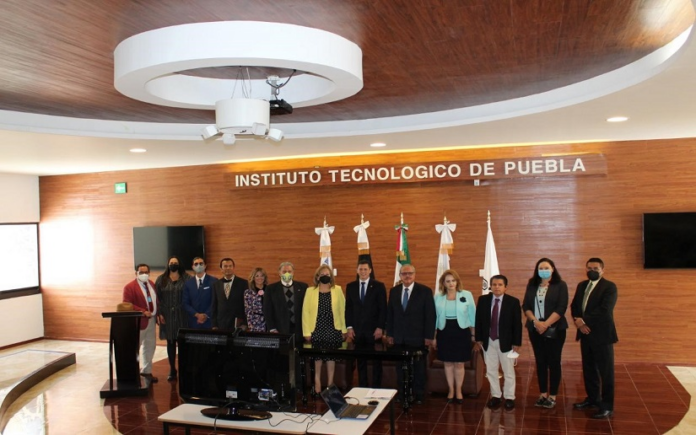 On February 25, 2021, Comrade Juan Carlos Gutiérrez Madrigal, Ambassador of Nicaragua in Mexico, on behalf of and on behalf of the Government of Reconciliation and National Unity Chaired by Commander Daniel Ortega Saavedra, President of the Republic and Compañera Vice-President Rosario Murillo, visited the Technological Institute of Puebla, in the framework of which a letter of intent was signed with Eng. Fernando Chapa Lara, Director of the Technological Institute of Puebla, to carry out the following activities:

–                Teaching and student webinars to promote international mobility and research.

–                Signing of memorandums of understanding and collaboration agreements.

Comrade Juan Carlos Gutiérrez Madrigal, transmitted to Eng. Fernando Chapa Lara, a fraternal and supportive greeting from the People and Good Government of Nicaragua and thanked him for the support given to establish ties of cooperation and brotherhood.

The following educational authorities participated in the signing of the agreement and tour of the facilities of the Technological Institute of Puebla:

During the tour of the laboratories, they supported:

–                Dr. Marco Antonio Meraz Melo
Head of the Department of Studies and Postgraduate and Research Division

The aforementioned signature was carried out with the support of Master Sandra Budar and student Óscar Martín Hernández Hernández.