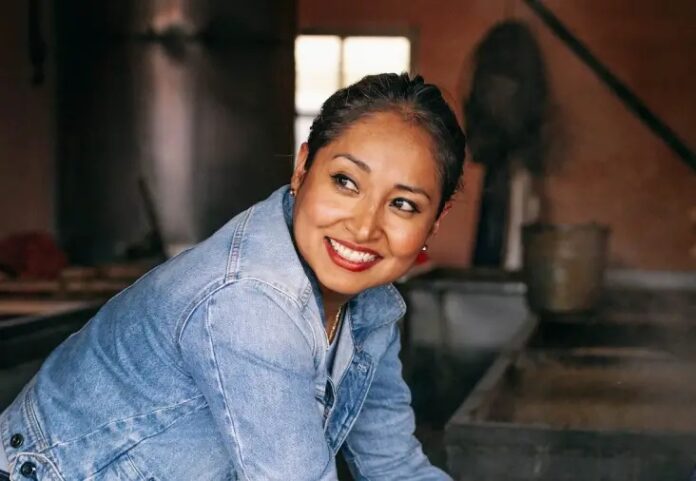 The nostalgia of some immigrants for their customs, their people and their dishes are a strong feeling that leads them to find a way to bring those details of their culture to their new foreign homes. That was exactly the case with Karla Plancarte, a young Mexican woman who opened the first tortilla shop in the Netherlands.

Karla grew up in Mexico, surrounded by cornfields and smelling tortillas wafting through the air. Growing up, she moved to the Netherlands, where she began to feel homesick for her country and its food. Desperate to quench her taste for tortillas, she set out on an unsuccessful quest, so she took her frustration as an opportunity to undertake.

The idea was already in her mind, but Karla knew that good dough comes from good methods, so she quickly imported her old mill from her hometown in Mexico and started her new business, Tortillería Taiyari, where she makes different types of tortillas, toast, tortilla chips and traditional sauces.

Karla is now proud to be the owner of the first 100% Mexican tortilla shop and mill in the Netherlands. And not only that, the entrepreneur, along with her team made of women, subject the corn to an ancient process called nixtamalization, invented by the Aztecs more than 7,000 years ago.

Thanks to their quality and authenticity, Taiyari tortillas, tortilla chips, and sauces are today consumed in homes and restaurants in different European countries, including Croatia, Greece, Sweden, Spain, Belgium, and of course, the Netherlands.

When will Mexico’s seismic alert be activated on cell phones

Live: follow the trajectory of the green comet and its passage through Mexico