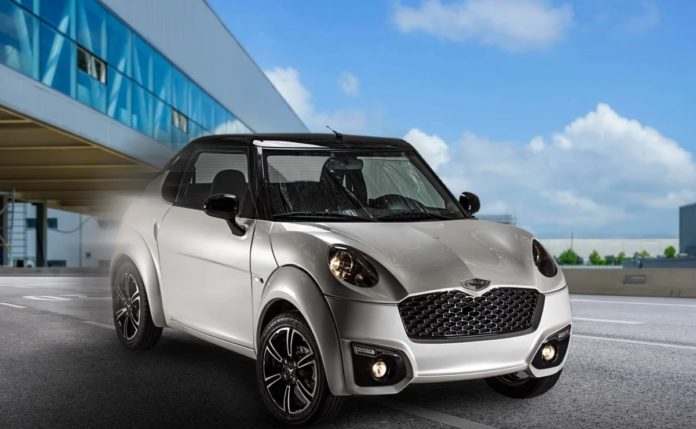 We tell you all the features and price of this electric car that is assembled in Puebla.

It is well known that Mexico is one of the biggest and best car manufacturers. In our country, there are various plants responsible for producing millions of vehicles a year. But in almost all cases these belong to large foreign companies. Although there are some outstanding cases such as Zacua, the Mexican electric car, which is also created mostly by women.

What are the characteristics of the Zacua electric car?

It should be noted that the development of this car has taken about 5 years. These are two models that have been assembled in a plant in the Puebla Industrial Park area since 2018.

The cars reach a top speed of 85 kilometers per hour and include a navigation screen to monitor vehicle status and Bluetooth connectivity.

In terms of safety, it has ABS brakes and its batteries are protected by the aluminum chassis structure, specially designed to absorb energy in the event of an impact.

How long do the batteries of a Zacua last?

According to the company, the battery life is 160 kilometers traveled, but it will vary depending on the inclines, declines, speed, and driving habits of the driver.

The battery has a life of 3,000 cycles (charges from 0 to 100%), which can be translated into around 8 years of life, I calculate if it is charged from the minimum to the maximum every day.

In addition, Zacua has roadside assistance in case the battery runs out, a service that it provides twice a year in Mexico City and the Metropolitan Area of ​​the Valley of Mexico.

From 0 to 100 percent, charging takes about eight hours, although the battery does not need to be fully discharged to charge.

Zacua uses a 5-point connector (type 1) for bi-phase power. The price of the installation for the 220 kW biphase is approximately 1,151 pesos, according to CFE reports.

How much does the Zacua electric car cost?

It should be said that there is a waiting time of two months because the vehicle is not mass-produced.

A car made by women

One of the characteristics that is attracting the most attention about Zacua is that this Mexican company employs 25 women in its engineering center who work both in the design of prototypes and development of new projects as well as in the assembly of different pieces.

Even at the International Energy Congress held in Guadalajara in November 2020, Nazareth Black, the leader of this project, announced that Zacua would be the first company in the world to assemble electric vehicles (EV) with 100% labor. feminine.

The intention is to encourage diversity and inclusion in an industry usually dominated by men.

However, it is worth making a clarification, the exterior design of the car was purchased for use in Mexico from the French company Chatenet, so it cannot be considered 100% Mexican.

Is it worth buying an electric car in Mexico?

They are zero emissions, which means that they do not emit CO2, Greenhouse Gases or any other polluting particle in the air, which contributes to caring for the environment, since charging the car with electricity is less polluting than burning gasoline.

Regarding charging stations for electric cars, Zacua highlighted that in Mexico there are currently approximately 1,500 charging stations, of which around 70% are public and 30% private. That means that most of them are free and are found in commercial places. While private companies do not charge more than 80 pesos for a full recharge. The authorized recharging time can range from 30 minutes to 2 hours.

However, these stations are mainly in Mexico City, Nuevo León, and Aguascalientes, entities that account for 50% of the total.

To continue promoting this type of model, Zacua plans to gradually open around 150 charging stations in Mexico City.