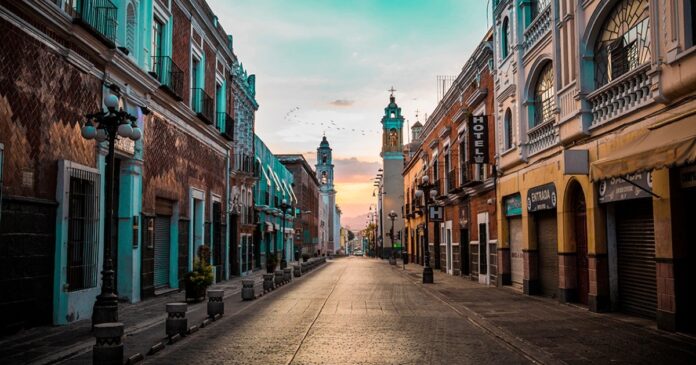 The chamber reported that as of January 2022 it will begin the works for the houses that will be located in the Historic Center of Angelopolis.

The objective of this project is to speed up the Partial Urban Development Plan, which was approved in 2016

He pointed out that the objective of this project is to speed up the Partial Urban Development Plan, which was approved in 2016, which aims to generate 34,000 units in 15 years, of which, so far, only one thousand have been carried out. and he anticipated that with the new authorities he can grant the facilities and expedite the construction permits to comply with said project, which has made minimal progress.

Starting in January, the National Chamber of the Housing Development and Promotion Industry (Canadevi) will begin with the construction of 2,000 of the 7,000 apartments to which it was committed during the governance period of the current Puebla City Council.

Alberto Moreno Gómez Monroy, local president of the organization, indicated that they have the properties for the first stage and are located on the periphery of the Historic Center, which is difficult to acquire because they have become more expensive as a result of the announcement of the project.

He indicated that the property owners are now asking for more than 200% for the properties, despite the fact that they are in a dilapidated state, therefore the municipal authorities have intervened to reach a good agreement.

In addition, the municipality is collaborating in providing the facilities and speed in construction permits to comply with the repopulation project of the area, which is important to carry out to take advantage of what is unused.

He made it clear that “it does not cost the authority any weight to carry out the repopulation in the housing issue, but in any case to improve the urban infrastructure in water and public lighting.”

He reiterated that carrying out this project brings benefits to bring families who work or have their children studying in the “heart of the city” and, with this, generates savings in transportation, which in turn contributes to caring for the environment.

“We waited six years to start the construction of apartments that are not even within the Historic Center, but in traditional neighborhoods, where one of the issues to be resolved is also the legality of the properties and large houses that exist because they couldn’t locate the owners to be acquired ”,

He pointed out that the supply of apartments should be varied, with prices ranging from 600,000 to more than a million pesos, so that it is convenient for businessmen to invest since what is available on land is little and they have become more expensive.

He insisted that the Puebla commune must help generate land to meet the goal of construction and repopulation of the downtown area, around 250,000 people in 15 years.

He trusted that the first stage of vertical offer will be placed quickly at the same time as starting with the rest of the projects since they will provide the facilities so that they can acquire the apartments in the downtown area.