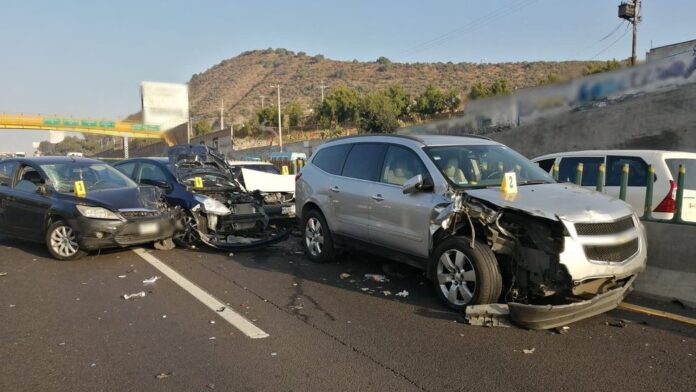 On the morning of today, a strong accident was registered on the Mexico-Puebla highway, towards Puebla at km 021 + 229 . 4 cars and a motorcyclist were involved in the traffic accident.

According to network users and initial reports, the crash claimed the life of the motorcyclist driver, who was affected by the multiple collisions of the cars. The General Coordination of Forensic investigation and Expert Services of Mexico City has already removed the body of the victim to continue with the necessary investigation processes.

Through its account, the National Guard reported that in the area of ​​the accident there is a partial closure of the road. Members of Federal Roads and Bridges (CAPUFE) are already in the area to carry out the pertinent investigations and support in the work of removing the vehicles.

“# PrecauciónVial in #EdoMex continues partial closure of circulation due to the conclusion of maneuvers after an accident, approximately at km 022 + 500 highway (1710) Mexico-Puebla, same section, direction Mexico City. Heed directions. “

Likewise, medical services have arrived in the area to attend and transfer to hospital entities the people involved in the accident if necessary. Towing services are working to remove car debris and free lanes to move traffic from kilometer 18.