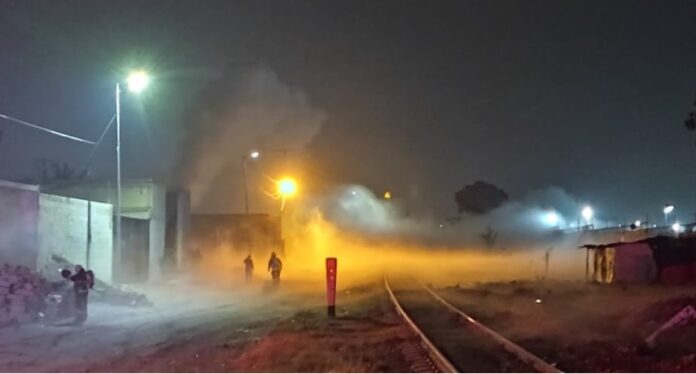 At least one person was killed and over a dozen were injured when a pipeline of state oil firm Petroleos Mexicanos (Pemex) exploded in the central Mexican state of Puebla after it was breached by suspected fuel thieves, authorities said on Sunday, October 31st.

Alerted to a gas leak, the Puebla state government said it had averted a higher death toll by evacuating residents from the site in the San Pablo Xochimehuacan municipality before three explosions occurred, wrecking between 30 and 50 homes.

President Andres Manuel Lopez Obrador said on Twitter one person had so far died and 15 more were injured in the overnight blast, and that some 1,400 rescue workers had been mobilized.

In a news conference hosted by Puebla’s government, officials said that within a radius of 1 kilometer of the site, some 2,000 people were evacuated and that the blaze was under control. Five of the injured were in a serious condition, they said.

The blast is the latest deadly incident to affect Pemex’s infrastructure and follows a fire on one of the company’s oil platforms in August that killed at least five people.

Puebla’s governor, Miguel Barbosa, said the incident was sparked by a gas leak caused by an illegal fuel tap.

Thanks to the speedy evacuations, a “tragedy of enormous proportions” had been prevented, he added.

Barbosa said rescue workers were checking to see if bodies were buried under houses destroyed by the blasts, but noted there were no reports of missing people.

Fuel theft has led to a series of accidents in Mexico. Well over 100 people died due to an explosion triggered by an illegal pipeline tap in the neighboring state of Hidalgo in 2019.