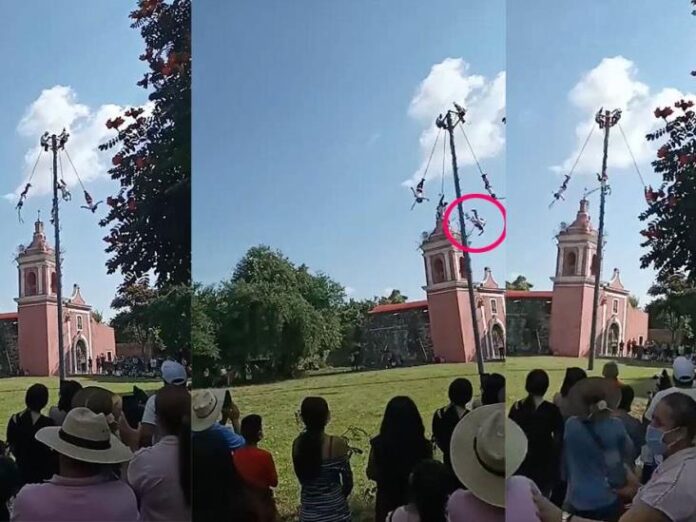 Huaquechula. The tragic event where a participant of the “Voladores de Papantla” falls to the ground, was quickly viralized by social networks

A spectator who attended to enjoy the show based on the cultural and spiritual manifestation, captured a tragic moment, given that one of the participants of the tradition that goes back to 600 BC, fell from an approximate height of 25 meters.

The video that quickly became viral on social networks, shows how the man falls to the ground, after the rope that held him broke.

The victim of this accident fell before the skeptical gaze of the spectators, who attended the show held in commemoration of the Day of the Dead in the community of Huaquechula, Puebla.

Faced with the unfortunate accident, emergency and security elements were mobilized to the place to provide first aid to the victim until they were able to stabilize him, where he was later transferred to a medical center, “Hospital General de Atlixco”, given that he registered injuries. and upper and lower limb fractures.

It transpired that the young man identified as José Luis Hernández Morales, 24 years old, is originally from Cuetzalan del Progreso and is stable.