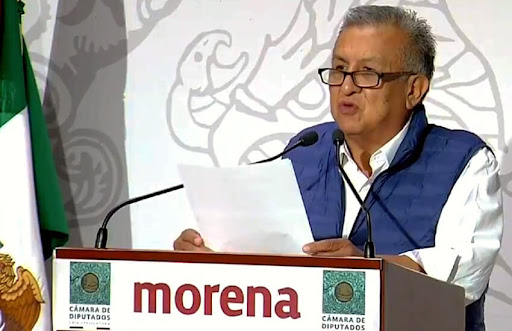 The National Institute of Migration maintains active the migratory alert that it issued on April 30 at the request of the FGJCDMX, in order to notify the judicial authorities of their possible departure to the country through any control zone.

With the court order, investigating agents began their search and location in order to arrest him and present him before the judge who requested it, sources consulted from the agency indicated.

Meanwhile, he is awaiting the delivery of the arrest warrant requested on Wednesday night against the Labor Party deputy, Mauricio Toledo Gutiérrez, accused of the crimes of illicit enrichment.

Once delivered, they explained, the intervention of the Attorney General’s Office will be requested, so that Interpol issues a red card that allows locating and locating the former delegate in Coyoacán, who left the country on July 26 for Chile.

It should be noted that, by asserting a possible dual nationality, the legislator could avoid his extradition, in accordance with the provisions of the sixth article of the Treaty on Extradition and Mutual Legal Assistance in Criminal Matters between the Government of the United Mexican States and the Government. of the Republic of Chile.