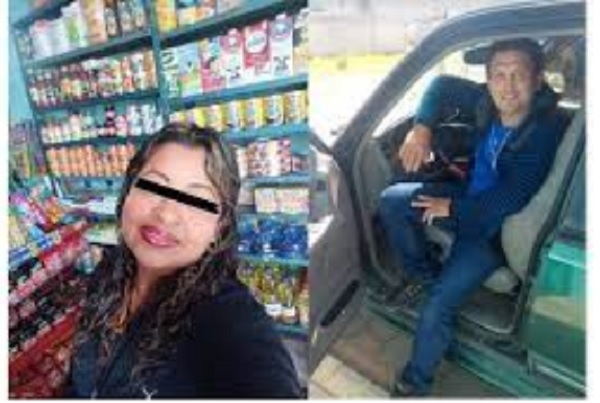 The State Investigation Agency (AEI) has captured the alleged murderer of Adela N., a woman who was murdered and abandoned in her green Ford Explorer-type truck that was found overturned in a sports field of the auxiliary board of San Salvador Chachapa, in Amozoc.

The alleged murderer was captured while trying to flee to the United States, the man identified as Vidal de Los Ángeles Hernández Mejía is a migrant from El Salvador and was recognized by the victim’s family as Adela’s sentimental partner and main suspect, The man was arrested and presented before a Control Judge.

Vidal will be prosecuted by the judicial authorities who will process him. It is worth mentioning that the now detained was recognized by Adela’s family as an aggressive person with a criminal record.

The incident took place on the morning of Wednesday, April 28, when the Puebla authorities were alerted pf the discovery of an overturned truck with the lifeless body of a woman inside.

Residents of the area alerted the authorities who, upon arrival at the baseball field, reported to the State Attorney General’s Office (FGE) that there was a lifeless woman inside the vehicle.

After a first investigation, it was revealed that the female had serious injuries to the neck, so it was speculated that it could have been a murder and an attempted cover-up, in the same way, the authorities carried out the lifting of the corpse of the victim to be transferred to the morgue.

It was hours later when relatives and friends of the victim made a call through social networks, where they indicated that the body found in the community of Chachapa belonged to Adela N., who was a merchant, mother, and a resident of San Pedro Chachapa, in addition to ensuring from the beginning that the person responsible was his sentimental partner.