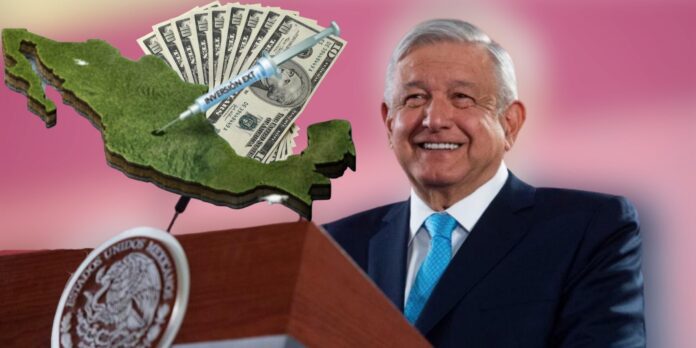 The Ministry of Economy (SE) reported that, with preliminary figures, Foreign Direct Investment (FDI) that reaches the national territory fell 11.7 percent at the end of 2020, derived from the effects caused by the coronavirus pandemic and AMLO government distrust.

“Thus, the FDI captured in 2020 is 11.7 percent lower than the preliminary figures for 2019, when $ 32,921 million were received, which is explained by the negative effects of the covid-19 pandemic on global investment flows ”, she assured.

She explained that the FDI registered for January-December 2020 came from 3 thousand 334 companies with foreign capital participation; 2,725 trust contracts, and 24 foreign legal entities.

Furthermore, it was financed mainly through the reinvestment of profits in 55.4 percent; followed by intercompany accounts, at 22.6 percent, and by new investments, at 22 percent.

By economic sector, it is broken down into manufacturing, with 40.6 percent; financial and insurance services, with 23.2 percent; transportation, with 9.8 percent; commerce, with 7.7 percent; mining, with 4.6 percent; and mass media with 4.3 percent and the remaining sectors captured 9.8 percent.

In this sense, he added that by country of origin the FDI flows came mainly from the partners of the USMCA in 53.6 percent, where the United States represented 39.1 percent and Canada, 14.5 percent, followed by Spain with 13.7 percent, Japan at 4.2 percent, Germany at 3.5 percent, and other countries that contributed the remaining 25 percent.

She indicated that the United Nations Conference on Trade and Development (UNCTAD) estimated that in 2020 global FDI flows decreased 42 percent compared to 2019, according to the World Investment Report published in January 2021.

“This shows that, compared to the rest of the world, Mexico had a better performance in attracting FDI in the most adverse year in recent economic history,” argued the federal agency.

She recalled that in 2020, 212 foreign investment projects were announced to be materialized in Mexico, representing an amount of 16.253 billion dollars, of which 5.838 billion dollars have already been reported to the National Registry of Foreign Investments.