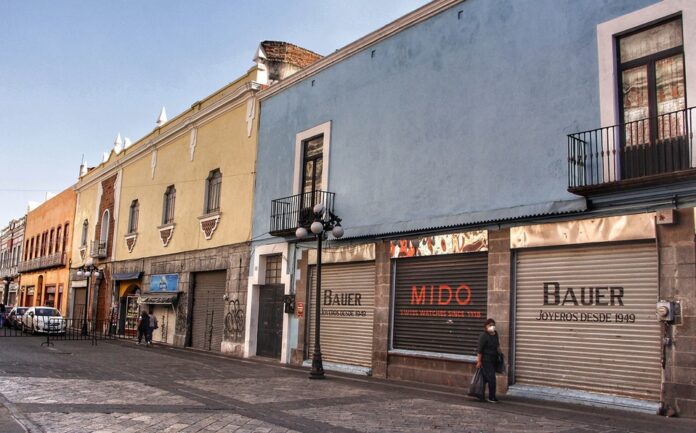 A figure that will be added to the more than 9 thousand that stopped operating last year.

The second confinement due to covid-19 will cause at least a thousand companies to close their doors, a figure that will be added to the more than 9 thousand that stopped operating last year, estimated the president of the Business Coordinating Council (CCE), Ignacio Alarcón Rodríguez Pacheco.

He explained in an interview that the start of the year has been difficult for all productive sectors since the economy continues to contract and virus infections continue to increase.

He said that the business sector postponed investment projects due to the lack of economic certainty, as plans to expand infrastructure and hiring personnel were canceled.

“It has been very chaotic, many entrepreneurs are still in uncertainty. I think that more than ten thousand companies have closed and in this second confinement more than a thousand companies will close, we do not know if on the 28th we will return to work ”, commented the representative.

He explained that, in a particular way, in the 32 years he has been an entrepreneur, with the operation of hotels and restaurants both in Puebla and in other parts of the country, he had never experienced a crisis like the one that currently occurs and of which he does not observe a payback date.

“I have never experienced a crisis like this. I live it personally, I have more than 2,500 employees, I have had to cut more than 500 people because there is no way to continue supporting a closed business ”.

He stated that he knows cases of businessmen who exhausted all the options to maintain their economic activities, however, the losses are high and due to more efforts they made, they were forced to close their establishments and lay off staff.

“There comes a time when you no longer have anywhere to get money from, we no longer have a way to get more credits. What we had is already exhausted, because apart from that they give you a loan, either from the government or private, with guarantees, that means that on that side we can no longer get money, the little or much that we have saved has already disappeared. Right now, what are you going to sell a property for? To sell a piece of land, who is going to buy it from you?

The leader of the private initiative in Puebla mentioned that sectors such as the restaurant, tourism, services, commerce and real estate reflect economic damage.

He explained that there are businesses in gastronomic corridors that register sales of just ten percent , which complicates the payment of fixed expenses and workers’ salaries.

He pointed out that there is currently an oversupply of stores in commercial corridors that were previously saturated.

“You have to see gastronomic corridors like La Juárez, La Paz, Angelópolis. Right now they offer me places, they almost give them away as long as I go there ”.

He added that the productive sector faces a difficult first two-month period of the year, given the red epidemiological traffic light in which the state of Puebla is due to coronavirus infections.