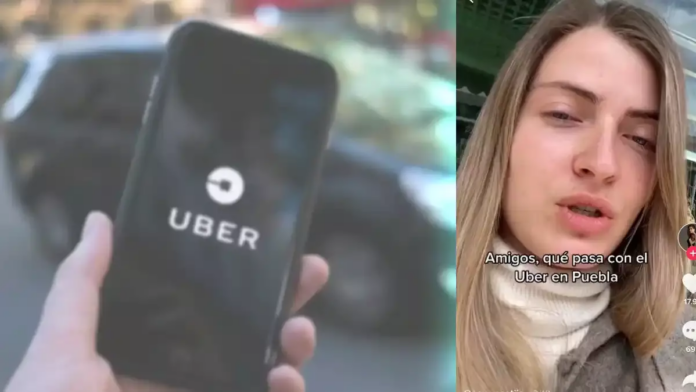 The tiktoker explained that drivers ask her to cancel trips because they are too far from the meeting point and “they waste gasoline.”

Ot only do people from Puebla suffer from the service offered by some executive transportation platforms, now a young Ukrainian woman complained about Uber ‘s attention in Puebla, and joins the reports on how drivers ask users to cancel the service after accepting trip.

The influencer “Soy Nastiia” ( @Soy_nastiia ) who has been living in the capital of Puebla for a while started the discussion on Tik Tok asking what is happening with Uber in Puebla, since it is not the first time that drivers have asked her to cancel the trip because they are “far” from your meeting point, which marks you at 10 minutes.

“They write to me ‘excuse me, I’m going to spend gas, can you cancel?’ Do not stain ”he mentions in the video shared on said platform.

Given this, some of her followers told her that this “strategy” is applied by drivers to charge the minimum rate to the user and recommended that the young Ukrainian demand that the drivers be the ones who end the service.

“@visionariodelduel：Don’t cancel, the one who has to cancel is the driver since he was the one who accepted”

“@francis.lg：If you cancel they will charge you, they must cancel, that is their trap”

“@oscar_bagrov：An Uber once told me not to cancel, tell him to cancel the driver because many times one cancels and charges you for the driver’s time”

“@jake_mich：Uber service in Puebla is lousy”

“@isaacsamneblia37：Not only in Puebla have they become tricky, they accept the trip and then they don’t arrive and they do it so that you cancel the trip and charge you a fine for canceling”

“@isaum.d：If it usually happens, there are ubers that cancel you because your trip is with a card”

The “VIP taxi service” that is in decline in Puebla

Seven years after the arrival of Uber in Puebla, the company that since its inception was sold as a “VIP taxi” service, has left much to be desired and over time its service has been in decline.

Over time, users have been complaining about shortcomings for a couple of years. The most recurrent currently are the routes and transfer times, the high “dynamic” rates, the quality of the units, last-minute canceled trips and the lack of units circulating in the city.