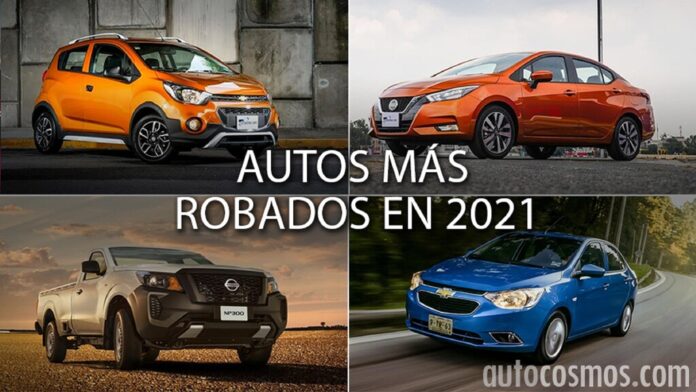 In the last 12 months, 62,208 cars with insurance protection were stolen, an average of 170 units per day and 11% less compared to the previous year, according to data from the Mexican Association of Insurance Institutions (AMIS). .

“We can see that in the last 12 months, 62,208 vehicles that had insurance protection were stolen. This means that they stole an average of 170 units daily. The crime of robbery, as we can see, fell by 11% compared to the same period a year ago,” said Norma Alicia Rosas Rodríguez, general director of AMIS at a press conference.

Six states of the Mexican Republic concentrate 62% of robberies: the State of Mexico, Jalisco, Mexico City, Guanajuato, Puebla, and Veracruz.

In that sense, Zacatecas was the entity that registered the greatest increase with an increase of 45.76% annual variation, followed by Aguascalientes presented a 22.74% increase, San Luis Potosí increased 16%; Durango, 9.01 and Colima with 4.72%.

“Three out of 10 insured cars are stolen in the main cities of the country and we are presenting the 10 mayors and municipalities with the highest absolute theft. They concentrate 20,356 insured units; that is, 32% of the total, and the following stand out: Guadalajara with 4,990, Ecatepec with 3,988; and Zapopan with 2,080 robberies. These occupy, then, the first three places”.

Among the most stolen models, Versa stood out, with 3,303 units and a decrease of 11% compared to the previous period; Nissan NP300 occupies second place, with 2,594 units and with a variation also with respect to the previous year of -7.2%.

Regarding vehicle theft by brand and sub-brand, it is as follows:

Compared to the 2020 ranking, the Nissan Tsuru with 2,363 units stolen and the VW Vento with 1,867 units disappear from the count and their place is taken by the Chevrolet Beat and Honda CR-V.

“We have seen for quite some time that Nissan concentrates the highest percentage with 22.3%, followed by General Motors with 14%. The sum of both is 36.3% of all robberies”, commented Rosas Rodríguez.

Regarding the absolute numbers of car theft, he acknowledged that there has been less recovery of vehicles in the last year.

“We bring percentages of 45%, which are among the highest percentages. So, if we talk about absolute numbers, well, I could tell you that, yes, there has indeed been less recovery in terms of absolute number, but because the number of robberies has also decreased, as a percentage it is a very interesting effort that has been developed ”, added the AMIS leader.