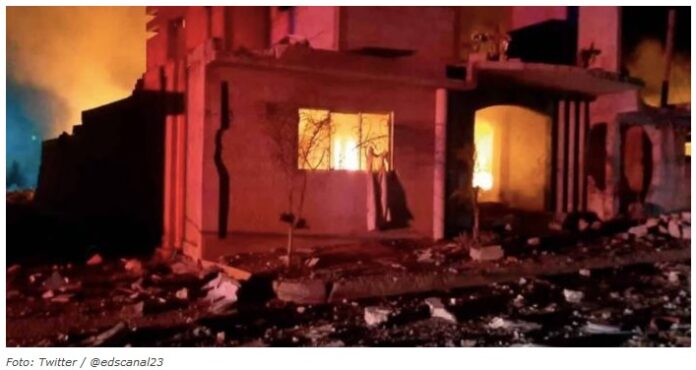 An illegal fireworks shop blew up in the state of Puebla, killing two children and five adults and injuring an undetermined number of people, authorities said on Tuesday, Dec. 7th.

Photographs of the scene distributed by the country’s National Guard showed burned-out vehicles and single-story brick and concrete homes with their walls blasted out.

Ana Lucia Hill, the health secretary for the state of Puebla, said the deaths occurred in the hamlet of Santiago Tenango, just east of the state capital, which is also named Puebla.

The blast occurred late Monday, and the force of the explosion turned brick-fill walls into heaps of rubble.

It was unclear if the structure had been a workshop for making fireworks or a store selling them.

Puebla Gov. Miguel Barbosa said the business was illegal and unregistered. By law, permits for such facilities are given out by Mexico’s defense department.

Such accidents happen regularly in central Mexico around the Sept. 15 Independence Day and Christmas holidays, when artisanal production and sale of fireworks increases.

A total of 24 people were killed in a 2018 explosion of fireworks in the town of Tultepec, just north of Mexico City in the worst such blast in recent memory.