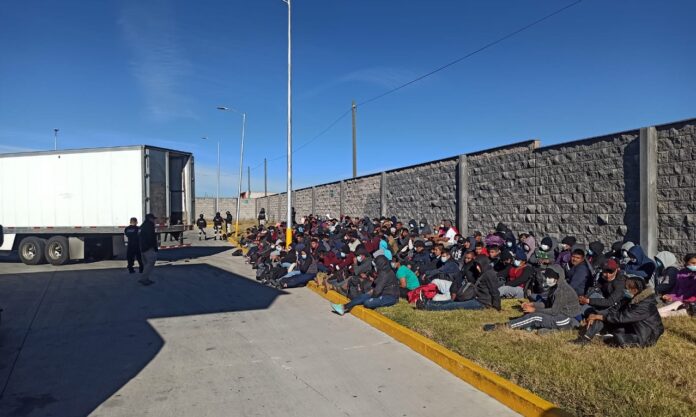 At least 210 migrants of various nationalities, who were transferred in an overcrowded condition in the box of a trailer, were located in the municipality of Esperanza, Puebla, by agents of the National Migration Institute (INM).

Federal Migration Agents (AFM) stopped the vehicle at a checkpoint in the perimeter of Esperanza and, as the truck did not stop, persecution began near the town of Tecamachalco.

Hitting and screaming evidenced the presence of people inside the truck. After opening a door, adult women and men, young people, and children were found among metal scaffolding, blankets, and home fans.

The driver and the transport vehicle were placed at the disposal of the Attorney General’s Office (FGR).