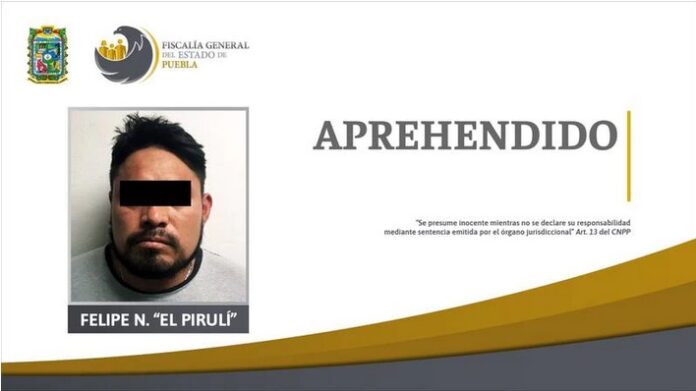 The multi-murderer takes advantage of a change of clothes and uses a visitor’s pass to leave the prison.

Felipe Hernández Tlatelpa, alias ‘El Pirulí’, accused of the murder of three students and an Uber driver, escaped on Sunday, June 6th, from the San Miguel prison, in the state of Puebla.

Hernández Tlatelpa would have taken advantage of a visit from another inmate, who, with the help of security guards, would have provided civilian clothes and the means to escape.

The multi-murderer took advantage of a change of clothes and used a visitor’s pass to leave the prison through the main door, according to the first investigations carried out by the staff of the state prosecutor’s office.

“El Pirulí” is accused of the murder of three medical students and an Uber driver in the municipality of Huejotzingo in February 2020, according to authorities.

The prosecution added that they detained a person who allegedly helped Hernández Tlatelpa escape.

The governor of Puebla, Miguel Barbosa, confirmed that there are more than 17 detainees, including prison guards.

Barbosa said that the prison’s security protocols will be reviewed to make changes and search for the alleged perpetrators who were involved.

“There will be changes because when there are oversights it is because things are not working as they should, those responsible have to be punished because in Puebla we do not protect anyone who breaks the law,” he said.