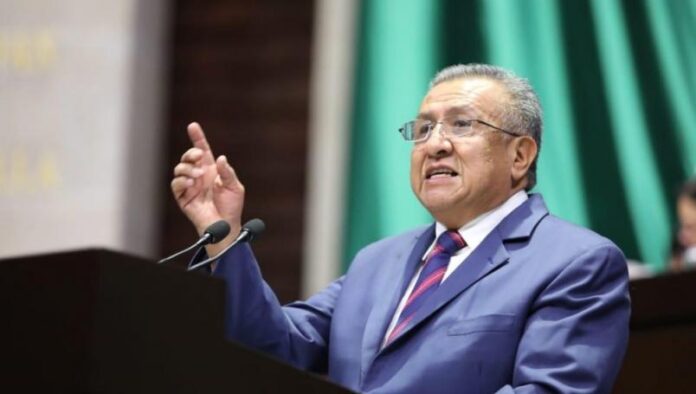 The Morena party group in the Chamber of Deputies expelled representative Benjamin Saúl Huerta Corona from their ranks. The man was arrested on Thursday, April 22nd, after an accusation of alleged sexual abuse against a 15-year-old teenager.

The decision was made “by majority vote” in a plenary meeting of the bench this Sunday, reported the coordinator of the representatives, Ignacio Mier Velazco.

Also, the legislator said that this Monday the Board of Directors of the Lower chamber will be notified that Huerta Corona is no longer part of Morena.

Prior to Huerta’s expulsion, deputies from Morena expressed their demand that his jurisdiction is taken away “immediately”, so that the Mexico City prosecutor’s office can proceed against him.

Javier Hidalgo stated that the Morena legislators made “a pact of honesty, integrity, and commitment to doing good. That sets us apart from the stories of abuse and privilege of the other parties. For this reason, Saúl Huerta must be expelled from Morena and outraged immediately ”.

Sergio Mayer, president of the Lower Chamber Culture Commission, urged Ignacio Mier to “consider immediately and definitively separating” the Puebla representative “so that he can face the accusations without jurisdiction or privileges.”

Huerta Corona was seeking his reelection for the 11th federal electoral district of Puebla, but on Friday after the scandal in which he was involved as he was detained by police officers from CDMX in a hotel in the Zona Rosa, he gave up his aspirations.

On Saturday night, the National Commission of Honesty and Justice of Morena issued a resolution requesting Ignacio Mier to separate Huerta from the parliamentary group, within a maximum period of three business days.

And on Monday, April 26th, it was known that other three young men had come forward to make formal accusations against Huerta for the same crime of sexual abuse.

Apparently, the Morena representative used the same modus operandi in all cases; hiring young men as assistants, taking them with him on a “working trip” to Mexico City, to later sedating and sexually abusing them in a hotel room.