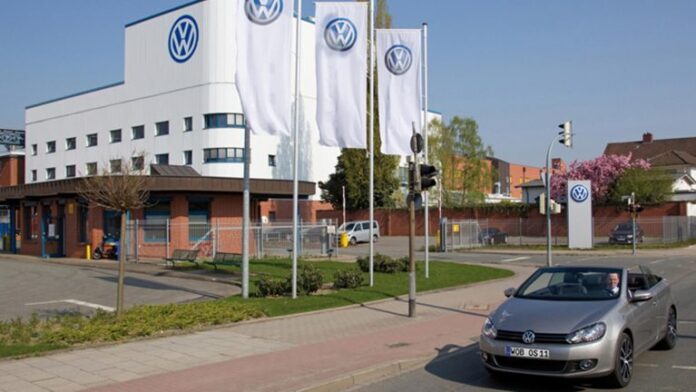 Volkswagen Mexico set a new production record by achieving the figure of 13 million vehicles produced at its Puebla plant ; A Cornflower Blue Taos Highline was registered as the 13 millionth unit in the German automaker’s history of more than 57 years in Mexico.

“In the last year, as a society, we have faced the most important challenge of our era; however, the talent, commitment and passion of our team has made it possible for Volkswagen de México to maintain its growth path, writing new chapters of success and that it is endorsed with the production of the 13 millionth car “, said Steffen Reiche, CEO, and president of Volkswagen de México, through a press release.

” Our commitment to a segment as relevant as that of SUVs is strengthened with two products proudly made by Mexican hands: Tiguan and Nuevo Taos, and the fact that the last two brands of historical production correspond to these models is a sample that we are on the right track ”, he stressed.

The Taos model began production in October 2020, in the West Segment of the German manufacturer; This production unit is the most modern in the factory and has the four processes necessary for the manufacture of a vehicle in its entirety: Stamping, Bodywork, Painting and Assembly.

CONAGUA says the Puebla sinkhole has a totally natural origin