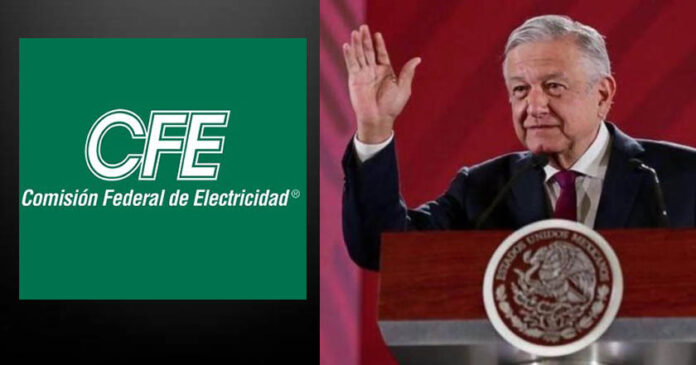 This Thursday, in his usual morning conference, the president of Mexico, Andrés Manuel López Obrador heads a report on the electricity situation in the country, in reference to the blackouts presented in recent days in the north of the country as well as the cut in the gas supply from Texas, United States.

The president began by reproaching that, although it is already in the public domain that the instability in the electricity supply started from the gas cut that was made in the neighboring country, “all the questioning is to the Federal Electricity Commission, to the government from Mexico. That is why it is very important to have the whole picture ”.

And then former President Felipe Calderón referred to a post on Twitter. “There was a former president who posted on his Twitter that it was already the second or third blackout, which showed the mismanagement of the country’s energy policy. Take the opportunity to attack the new government and above all the transformation process that is taking place, which is what they do not think because they would like to maintain the regime of corruption, privileges, contrary to the people … that is why they are annoying ”.

He also recognized and applauded the work of “workers, technicians, Mexicans are doing something exceptional”, noting that elsewhere it takes up to 15 days or a month to restore services to this type of event, indicating that here electricity service has been restored. 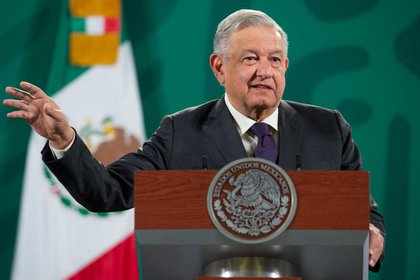 Similarly, the director of the CFE, Manuel Bartlett, spoke in the same direction, recognizing the work of workers in all areas involved. “We have used all the elements that we have (…) We have been able to replace that vacuum left by gas that has not reached our country.”

The Director of the National Center for Energy Control (Cenace), Carlos González Meléndez detailed chronologically how it was that the electricity crisis of the blackouts in the north of the country was reached.

In the first place, he detailed that since Friday, February 12, they were warned of the icy conditions that occurred in the north of the country, and in parallel, they were notified that as a consequence there was a freeze of power pipelines, as well as the closure of natural gas production in the United States, which represented a risk of a deficit in electricity generation capacity.

Then they reviewed the inventories that Mexico has of alternative fuels to gas, explained the official, and began the process of substituting natural gas for alternative fuels, on Saturday the 13th.

And then he pointed out that the night of the 14th began to present failures, aggravated by the cold front, because there were freezes in the infrastructure, losing at least 6,500 megawatts of electricity generation, based on natural gas.

On the morning of Monday 15, they suffered a deficit because of the above, then they began to use fuel oil from the south of the country, to cover the northern areas. They had a failure that lasted two minutes in the transmission service; hours later they had simultaneous failures. Both because of the weather conditions. Hence, he noted, electricity problems were generated in the northeastern states 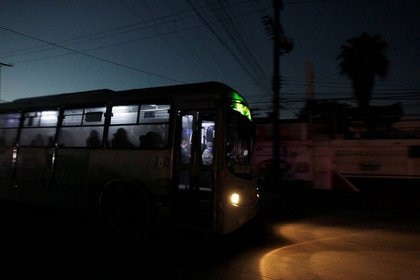 A public transport bus is seen during a blackout in Monterrey (Photo: REUTERS / Daniel Becerril)

On the other hand, López Obrador denied that the cut-off of gas supply, from Texas to Mexico, is a retaliation. Rather, he says that his government takes it as a decision that was made there to face the crisis that they are also going through at the moment.

“They think that closing it (the supply) protects Texas, to use gas only for them. But this is not retaliation, it is a decision they make there. Even as the governor of Texas belongs to one party and the presidency of the United States of another, they are also different positions, which we have to respect because it is the sovereignty of that country.

The president said he was aware that in Texas they are in an emergency situation, but “of course I do not consider that this is the solution to the problems: to lock ourselves in, to just want to solve one’s problem (…) why are we going to the churches if we do not think of the other, in a world without borders ”.