For 37 years, every September 5 is commemorated the International Day of Indigenous Women to recognize all those indigenous women who fight for the survival of their culture.

Not only today, but every day it is worth knowing and recognizing them. That is why we share with you the work of nine strong, creative and intelligent indigenous women .

You will love this: Twelve films to learn about the indigenous cultures of Mexico and Latin America

“ALL OF US WHO ARE IN THE BED OF THE COLORADO RIVER , WE WEAR ALMOST THE SAME CLOTHING AND WE USE IT AS AN ORNAMENT FOR OUR DANCES .”

She is an artisan from the Cucapá people , one of the very few that still protect the cultural heritage of the communities on the banks of the Colorado River , in northern Mexico.

Thanks to her mother’s teachings, Amelia makes the beaded pectorals worn by members of her community in traditional dances and her work has become so important that it has been exhibited at national fairs and receives orders for international exhibitions and sales.

The time it takes to make a breastplate can range from two weeks to two months and is made with glass beads , which you buy in Mexico City; But before the arrival of the Spaniards, in their community they made them with fish bones and shells and wore skirts of willow bark.

This video is a beauty: Indigenous pride! The story of Diego Juárez, textile artist and youtuber

In addition to pectorals, Amelia also makes earrings, necklaces, bracelets, medallions for men, among other crafts.

Of the people Cucapá are few communities spread across Baja California and Sonora, Mexico; and Arizona, United States, and the Cucapá language is considered to be on the way to extinction, since in the last record (from 2010) there were only 145 speakers. 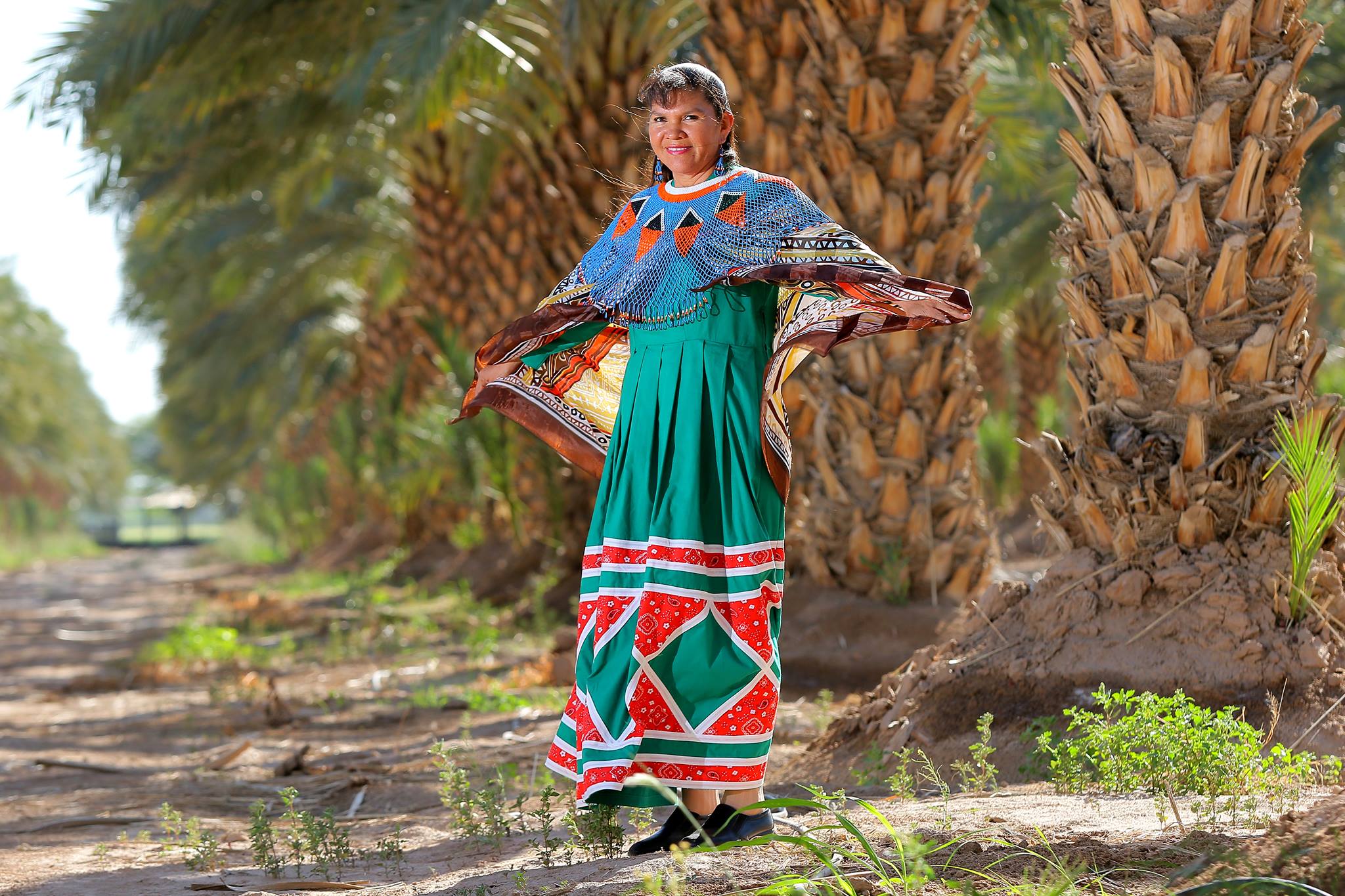 She is an activist, lawyer and legal advisor who works for trans children and youth .

Jessica grew up accompanied by her grandmother, a strong Otomi woman who raised her in love and happiness.

During her transition process, Jessica began to see that not all people in the LGBTI + community, especially trans people, are nurtured and supported by their families. Later, in her training as a lawyer, she became more aware of the discrimination and injustice of which they are victims.

You can read:  Listen, question and ask !: a basic guide to be a better trans aliade

That is why he founded the organization Red de Juventudes Trans , a transfeminist project whose main compass is ” the affective as radical and transformative politics .”

“WE ARE GOING TO START CHANGING THOSE PERCEPTIONS THAT WE CAN’T GO ANY FURTHER, THOSE CONDESCENDING ATTITUDES. NOW THERE ARE NO LIMITS ”.

At age 14, Marcelina traveled from her native Nochixtlán, Oaxaca, to Mexico City to earn a living as a domestic worker.

Without speaking Spanish, only Mixtec, and with an enormous determination to get ahead, Marcelina learned the language and became involved in religious projects that ultimately led her down the path of human rights .

In 2000 he founded the civil association Center for Support and Training for Domestic Employees (CACEH) and later the National Union of Domestic Workers (Sinactraho).

THE WOMEN BEHIND THE TASELOTZIN HOTEL

“TASELOTZIN COMES FROM TASELOTL, WHICH MEANS OFFSPRING. THE HOTEL FOR US IS LIKE A BABY OR A PLANT THAT WE HAVE TO TAKE CARE OF. “

It may interest you: Cultural and human loss, the other side of the fires in the Amazon

Since 1985, this organization brings together more than 100 Nahua indigenous women from Cuetzalan, Puebla, to work together, sustain themselves and have an income independent of that of men.

Ten years later they decided to undertake the Hotel Taselotzin project , an ecological place 100% managed by them, ideal for resting, eating deliciously, entering the local area and buying handicrafts made by the families of six communities in Cuetzalan.

“INDIGENOUS CULTURES ARE UNDER THREAT OF DISAPPEARING IN MANY PARTS OF THE WORLD AND THAT HURTS A LOT.”

María Leydi is a 20-year-old Tiktokera from Santa Cruz de la Sierra, Bolivia , a faithful defender and proud of her Quechua and Aymara roots.

He decided to create his TikTok account to cope with the quarantine and create funny videos, but he never expected to receive criticism for being indigenous, his physical appearance and filming in the countryside.

Czech: Diary of an indigenous woman : she is Barbara and she has something very important to tell you about discrimination

His account, currently with more than 80 thousand followers, is full of videos with incredible – and deserved – responses to offensive comments. María’s objective is to continue using this network to make visible and defend the work of indigenous people.

María Leydi says she will continue to upload videos until people learn to support indigenous peoples rather than criticize them.

She is a lawyer and indigenous activist from the Yaqui tribe in Mexico. His town, Loma de Bácum, in southern Sonora, is in resistance for the construction of a gas pipeline . If completed, the work would pass through their lands.

Anabela has been at the heart of this fight: raising awareness, organizing community response and, as a trained attorney , spearheading the legal case, according to New Internationalist.

From the hand of the InsightShare organization, Anabela learned to make videos to reflect what is happening in her community and share it with others. It is collaborative work!

Check out this video she made with La Marabunta Filmadora , a collective led by Yaqui and Comcaac women , who also organize video trainings for six indigenous communities that have never had access to this resource:https://www.youtube.com/embed/SwGuaiOvvN0?feature=oembed&enablejsapi=1

She is 19 years old, was born in Mexico City, but from a very young age she has lived in Tlaxcala , her father’s place of origin, who has instilled in her the Tlaxcala culture .