One of the most picturesque places in Mexico is the famous town of Val’quirico, in the state of Puebla known for its medieval-style buildings and its perfect places to photograph. So if you are thinking of visiting it when you can travel again, here we tell you where Val’Quirico is and how to get there. 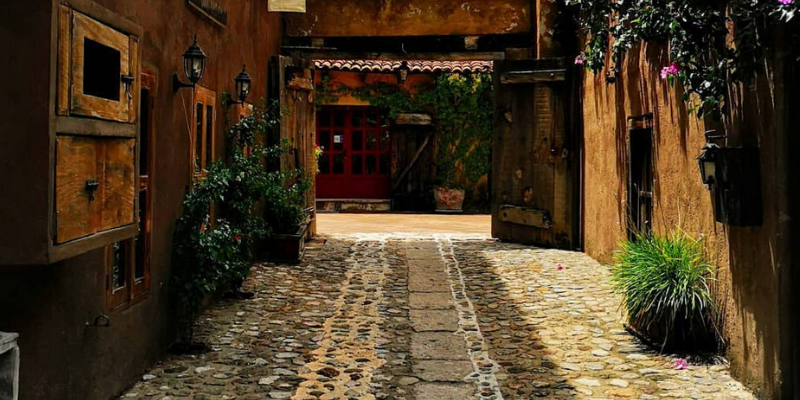 Photo: valquirico.com / Where is Val’Quirico and how to get there?

The Val’Quirico tourist complex, inspired by an Italian town called San Quirico d’Orcia, is in the municipality of Nativitas, in the state of Tlaxcala. It is located next to the Mexico-Puebla highway and only 20 minutes from the Puebla Hermanos Serdán airport.

Exactly, it is on the Xoxtla-Santa Isabel Tetlatlahuca Km 2 highway, Nativitas, Tlaxcala.

How to get to Val’Quirico? 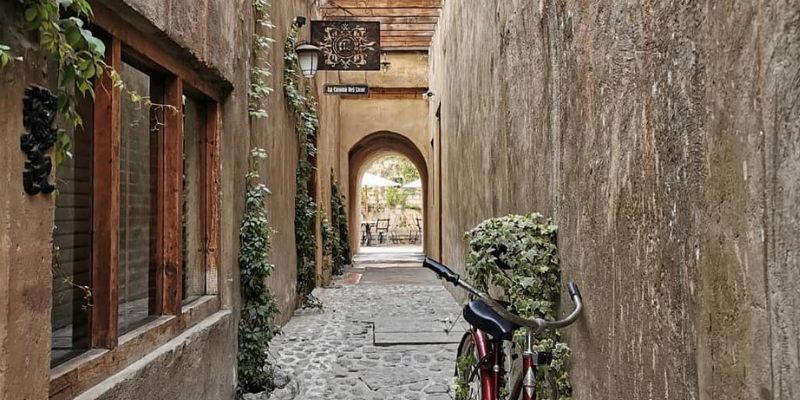 Photo: valquirico.com / Where is Val’Quirico and how to get there?

By car: take the México-Puebla highway, take the Xoxtla exit on the right (which is shortly after the Puebla Outlet), and then the Santa Agueda exit. In total, they are about 119 kilometers (about two and a half hours). The round trip costs $ 220.

By bus: take a bus that stops on the México-Puebla highway and get off at Xoxtla. There, take a van to Nativitas and tell the driver that you are going to Val’Quirico.

How to get to Val’Quirico departing out of Puebla?

By car : take the México-Puebla highway and take the exit towards San Miguel Xoxtla, go straight and turn towards Santa Agueda. It is around 23 kilometers or just over half an hour.

By bus: take a bus at the CAPI terminal towards Xoxtla and take a van to Nativitas. As you get on, tell the driver that you are going to Val’Quirico.

How to get to Val’Quirico departing out of Tlaxcala

By car: take the federal highway Puebla-Tlaxcala towards Galeana. The journey is just over half an hour (19.1 kilometers).

By bus: take a bus that stops on the México-Puebla highway and get off at Xoxtla. There, take a van to Nativitas and tell the driver that you are going to Val’Quirico.

Val’Quirico is a tourist site created for people looking for original and unique traveling destinations where people can have a good time with friends and family.

What to do in Val’Quirico, the medieval town of Mexico

This town built from scratch has become an ideal place for rest, family walks and getaways with friends.

Who would think that the smallest state in Mexico would be home to a medieval town? It is not an occurrence, it is a real estate development located in Tlaxcala, whose facade takes you back to the Middle Ages in the XXI century: Val’Quirico is 24 kilometers from Puebla and looks like a European countryside. Although it is not a magical town , it has its charm and is ideal to take advantage of a weekend walk.

The name means in Spanish Valle de Quirico, same that venerates Saint Quirico. The foundations of this complex arise from what was the former Hacienda Santa Águeda, whose origin dates back to the Porfiriato; back then it was fertile land for agriculture. Five years ago, a group of shareholders converted the land into the Val’Quirico project and transformed the surrounding landscape by taking inspiration from Tuscany.

The town is divided into neighborhoods: Downtown, Bosques, Laureles and Fresnos; In each one there are different entertainment and gastronomy amenities in case the family falls on an
express walk , but one of the long-term bets is accommodation and residence. You will come across cobbled paths, walls that simulate antiquity and a lot of vegetation. Pay attention to the little details that do the magic: ironwork on the windows, large wooden doors, creepers at every corner, and lanterns dangling between alleys.

The trip from CDMX is two hours. Once arriving, take advantage of that time sitting in the car with a walk through the zócalo, a bicycle tour (they rent them) and even a horse ride: here is the Valquirico Equestrian Center, where they offer a boarding house with stables, a route in carriage and equestrian events.

Another curiosity of this town is the Del Fabbro University, an institute specialized in the real estate industry; To enter the classroom you must go through a wall hidden between the books in your library. In addition to countless photographic points, there are also mystery adventures thanks to the 59 Minute Escape Room in King Arturo format (family rally to escape the dragon) and Time Machine Studios (photographic studio with a civil war theme, room of the twenties and more) .

If you’ve already made up your mind to have an apartment here, head to La Teta Abundantia (portion of a bronze sculpture recovered from Italy) and place your hand on the bust to augur abundance and prosperity.

Boutique hotel inspired by Spanish country houses with rooms with a terrace overlooking the central square and others with a king size bed and jacuzzi. There is a spa service and a romantic four-course dinner option.

Villa made up of lofts and suites to transport you to the Italian-Spanish countryside with options for couples, families and friends. The suites sleep one to four people while the lofts have two levels, kitchen and dining room.

Villa made up of lofts and suites to transport you to the Italian-Spanish countryside with options for couples, families and friends. The suites sleep one to four people while the lofts have two levels, kitchen and dining room.

House rental service that has all the home comforts: equipped kitchen, living room, TV, washing machine and bicycle rental. They are lofts for a maximum of two people, but that makes it an ideal service for couples.

What to eat in Val’Quirico

The option of breakfasts and brunch to enjoy the calm of the Val’Quirico surroundings. Accompany your coffee with savory options such as deli meats and provolone or head to panettone and pancakes.

A space for grilled Mexican cuisine with craft and commercial beers, chiles en nogada season, more traditional options such as cochinita pibil and other hallmarks of the house such as blue corn ice cream.

Hoteliers in Puebla will maintain discounts of up to 50%