The National Migration Institute (INM), dependent on the Ministry of the Interior, imposed a restriction to re-enter the national territory on the foreign woman who attacked a person a few days ago in the Cuauhtémoc mayor’s office, in Mexico City and who has been designated as “Lady Argentina”.

Yesterday, the INM carried out a verification visit to the woman’s registered address, in order to review her immigration status in Mexico, but she was not found.

Subsequently, it was identified that the foreign person left, by his will, the national territory, through an international flight.

In this context and with the action it took, the Institute reaffirmed its commitment to carry out a safe, orderly and regular migration, in strict adherence to the Migration Law and its regulations. 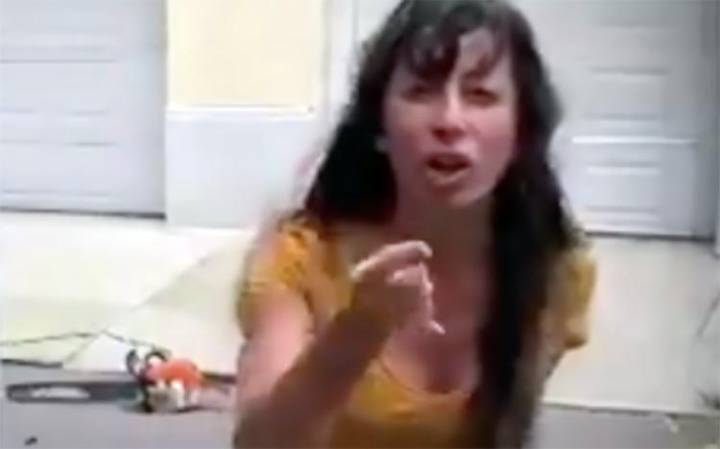 At the beginning of this week, a video was viralized on social networks where a couple of Argentine origin is seen insulting and calling public servants of the Cuauhtémoc delegation “Indians” in the Condesa neighborhood.

It was a user of Hipódromo Residents who made the video public, where an Argentine couple is observed arguing with neighbors of the Condesa after cutting down a tree, which had to be felled by Civil Protection as it represented a danger in the area.

The couple begins to argue with a man who gives reasons for the actions of the authorities and, not agreeing with the felling of the tree, calls him “ignorant” and beats a young woman while recording the events.

For her part, the Argentine woman addresses her and also insults her after realizing that she is recording her.

“You are ignorant, the only thing that worries you is that they cut down the trees … You are disgusting, you know what you are, an Indian … horrible Indian.”

After the video was published, it went viral and was used to denounce violence and discrimination on the part of Argentines and it was even announced that they give tango classes in the city.

Likewise, the residents of the area wrote a statement in which they rejected any type of discrimination and violence against members of the community and especially women.

After the complaint, the Attorney General’s Office of Mexico City contacted the user Residente Hipódromo to take over the case.

Mexico has 18 gastronomic routes that cover more than 150 destinations